Do any of you use a terminal-based spreadsheet?

Sometimes all I use LibreOffice Calc for is to record information in tabular format quickly and easily but it does seem like overkill.

I have learned there were a couple of terminal-based spreadsheets that were discontinued about twenty years ago; GNU oleo and sc (the latter originally developed by the inventor of Java(!))

Would appreciate advice / recommendations from any experienced users - thank you!

Does this needs to read/write to a standardized format like ODT? If CSV is acceptable, the format is so simple it may not matter how old the project is.

Would a vim or emacs plugin be acceptable to the objective?

Thank you kindly! I wondered if vim had such a mode. I’m only a beginner with vim and fear I’m doing something wrong because it often crashes on me on Debian running the standard Gnome terminal application. It is the only program that crashes on Debian, strangely enough! I am now editing my Java in gedit to keep it quick.

I don’t need it to be compatible with libreoffice, particularly, though if it also works on Windoze that would be handy, not that I use that at all regularly, especially after it suicided itself when trying to last update, and I haven’t had time to clean-up its mess. 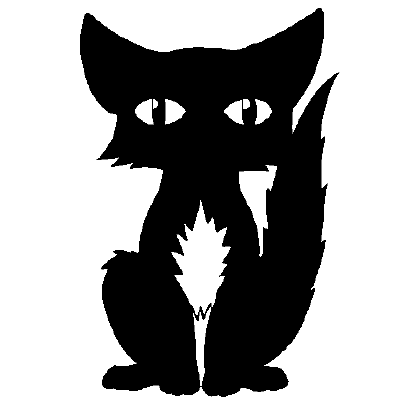 SC-IM is a modernized version of SC. Supports XLSX import and export.

Thank you, I’ll look at Scim and consider Gnumeric too. I have it on both Debian and Windows. Guess it comes down to how quickly it starts, really as the output files are generally small anyway and not the problem.

On my machine, Gnumeric opens in half a second. LibreOffice Calc about 2 seconds.
I just installed SC-IM and launching it via keyboard shortcut is less than half a second for sure. It actually looks very usable, the slowest part about it is literally typing the keyboard shortcut (super+# seemed fitting). It uses vim style keyboard commands so that may be a learning process.

Wow, thanks - yes, I tried yesterday too and found Gnumeric opens much faster. First time I open LibreOffice it takes much longer. SC-IM looks like the option for terminal and I need to improve my vim anyway so will definitely have a go. Thanks again

I didn’t know about SC-IM until I did some research for this thread. So thanks for that!

You should get an award for crashing vim. My son spends large portions of his day programming in vim and he has only crashed vim once. I don’t think I have ever crashed vim, I’ve found it to be one of the most stable programs that I use. Have fun with the spreadsheet options though, you got some great suggestions already.

Spreadsheets are ebil, that is all.

I have a suspicion it’s the terminal emulator that’s locking-up so I’ve started running it in a console session without any desktop environment. So far so good!

That still seems odd, because you mentioned that you are running this on Debian and in Gnome terminal. I would think that Debian stable would be watching vim and Gnome terminal closely for bugs since Gnome is kind of the default Debian desktop if Debian has a default, and I’m sure there are lots of vim users in Debian. I have been running vim on Fedora in Gnome Terminal without issues, and on MX Linux (Built off of Debian Stable, but highly customized) in the XFCE terminal without issues. Hopefully, you can find the source of that bug, because that sounds like a bad one and unusual for Debian I would think.

Hopefully, you can find the source of that bug, because that sounds like a bad one and unusual for Debian I would think.

Indeed. That could be a bug worth reporting These are all stable apps involved.

I’m dreading to think it it’s Wayland related. Even Debian stable does mess up sometimes though. A while back there was a spectacular failure with LibreOffice on 32-bit. Needed to roll-back kernel or manually adjust stack size for java to handle correctly, which was stopping the database module running at all, from what I recall.

Furthermore after the crash it keeps reporting a old version of the file in swap next time I reopen, and that could be interfering with further edits too. Not sure. It’s been too sporadic to pinpoint exactly. Then I wonder if I might be pressing some key combination when I’ve forgotten its in command mode and that’s causing it to behave differently from expected, but I don’t think so. Zero problems in console only so far.

Glad to see I’m not the only one:

It has been such a long time since I did a “default” Debian install, I didn’t want to make any assumptions as to what the Debian Community considered their “default” desktop or if they identified a DE as their “default.” I think the last stock Debian install I did, I used the NetInstall image, and installed a lightweight install with Fluxbox as the WM. But that was probably 12 years ago.

Thanks for the updated information.

Just an update: I’m using Gnumeric as a quick-starter for very simple sheets now – thanks everyone for your suggestions