Spotify - Kudos to them

I was going to give up on Spotify for numerous reasons. Top three here.

In the end, they left the Windows phone app alone, after they started messing with it, and I still use it today*. I guess enough complaints came in (including mine). I also told them I would never be using Spotify on Android, or iOS

For the Linux desktop application, it seems they have been hard at work on it, and it now finally plays the video pod casts of Joe Rogan.

And finally, the cancel/censorship issue seems to cooled down a bit after Joe Rogan had on Alex Jones on his show, and it posted to Spotify (Oct 27, 2020). Sure, many may not like Alex Jones, but that there is a test of censorship on Spotify’s part.

Kudos Spotify on these issues, and I will continue to patronize with them.

*Note: I will continue to use the Windows Phone for a while longer as my main phone until the PinePhone has matured more. Hopefully we can gang up on some of those other service which people use to put their apps on Linux Mobile e.g. PayPal, Spotify, Viber, Skype, banking, etc. Having those closed source apps like that is required to push the open source Linux mobile OS and devices into the main stream.

The issue of Free as in Freedom is at the heart of the diving force for many linux users. At times I have seen the issue of Freedom as in free expression being a concept that needs to be supported “over there.” Lately, having the freedom to express your views without being censored by a particular platform have come “here.”

While I (and assuming we) definitely don’t align ourselves with every expression, theory, or idea (which is a logical incongruity), we unite in the rights of individuals to hold those views and the freedom to express them. We should demand that the platforms we use do the same! If they choose to do differently, that should place them outside the umbrella of Section 230.

Seems F-Droid has taken the suppression of speech to heart, They have taken a political stance, and will ban applications which allow so-called “hate” speech. Therefore, I say people should avoid them

I’m not familiar with this issue or even F-Droid. I will be taking a look at it. Thanks for bringing this to my attention.

The fallacy in the whole concept of “hate” speech is that it hinges on who’s the judge. As with all things political, the current ruling power becomes the “judge.” Nothing creates an echo chamber as deafening as the 51% labeling the 49% as haters.

I know of two applications they have banned. One is Gab, and the other is Spinster,

They are even suppressing discussion of their decisions.

r/fdroid - The F-Droid devs have gone a step further and are now deleting all...

Admin Marcus Hoffman states, "We will not have feminism discussion here."

Well I just installed Lineage OS on my phone and I’m trying to avoid anything Google. If F-Droid isn’t great then are Aurora or Aptoid any good? I have a total of 2 apps that I could download as an APK from the official website so that’s not viable for every app.

I really don’t understand what’s even remotely weird about this kind of moderation. It’s not even especially strict one. The only thing they oppose is promoting “oppression or harassment against marginalized groups”. It’s very normal thing to do.

There is nobody being “oppressed” or “harassed” or there

I’ve been on some of those instances and saying that they “promote oppression or harassment” is pretty accurate. These places are specifically created for people whose opinions aren’t welcomed anywhere else – for a good reason.

Yeah these types of opinions are a really “bad”

Aurora store just uses made up Google accounts to be able to download form the Play store without you needing an account. Also, many apps are not available for some unknown reason.

I have not looked into the other sites.

What? How is this even remotely related to the topic?

You brought it up:

I’ve been on some of those instances and saying that they “promote oppression or harassment” is pretty accurate. These places are specifically created for people whose opinions aren’t welcomed anywhere else – for a good reason.

Yes, they are. We have quite literally a miracle of modern science designed to squash the possibility of becoming deathly ill from a disease which has overstayed its welcome.

Ancient cultures crushed and snorted smallpox scabs so that they would not get (full-blown cases of) smallpox. George Washington, an American general from our revolutionary war, forced his men to apply the smallpox scabs. This inoculation is credited with helping the United States of America win it’s war against England.

What the hell happened to people where we can’t even rejoice at the breakthroughs of science and use them to eradicate the effects of a global pandemic.

Marjorie Taylor Greene, and those like her who would see us fail, can eat my shorts and stay off the airwaves.

You are putting words in my mouth. Instead of making up my opinions, you could just ask instead.

Of course, making up false claims about covid for political gain is bad. Very bad even, given how many people died because of it, and Twitter is probably right for trying to limit it, but it also has absolutely nothing to do with “oppression or harassment”.

What “false” claims? It’s about censorship which I keep bring up.

What the hell happened to people where we can’t even rejoice at the breakthroughs of science and use them to eradicate the effects of a global pandemic.

You mean like those break throughs in treatments which were suppressed, or about mask really do not work?

It’s about censorship which I keep bring up.

Moderation of misinformation on private platform is not censorship.
Platforms need some rules about moderation to be usable. If you don’t like it – don’t use it. I see a problem in fact that Twitter has pretty much a monopoly, but I also don’t see any better solution. More Vaccinated People Are Dying of COVID in England Than Unvaccinated –...

More vaccinated people are dying of COVID than unvaccinated people, according to a recent report from Public Health England (PHE). The report shows that 163 of the 257 people (63.4%) who died within 28 days of a positive COVID test between February 1...

The CDC data published Friday was based on 469 cases of Covid associated with multiple summer events and large public gatherings in July in Massachusetts. 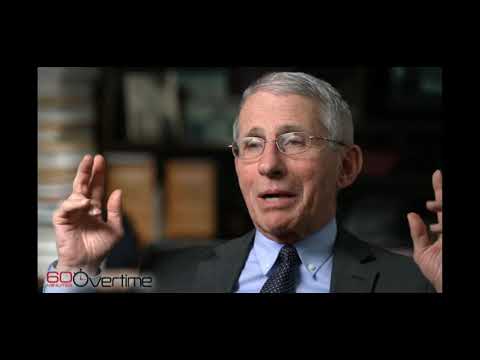 Censorship is the suppression of speech, public communication, or other information. This may be done on the basis that such material is considered objectionable, harmful, sensitive, or "inconvenient". Censorship can be conducted by governments, private institutions, and other controlling bodies. Governments and private organizations may engage in censorship. Other groups or institutions may propose and petition for censorship. When an individual such as an author or other creator engages in cen...

So you were saying?

Do you actually read the articles that you post? I’m asking because this is the second time I’ve seen you post articles that completely contradict what you were saying.

If you do read the articles, are you using critical thinking skills to parse what those articles are actually saying? I’m asking because that implies that you’re doing some kind of bit and now it’s not really the time for this kind of bit.