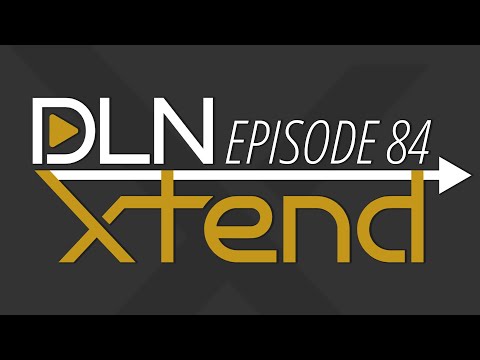 On this episode of DLN Xtend we discuss what we look for in a smartphone.

Welcome to episode 84 of DLN Xtend. DLN Xtend is a community powered podcast. We take conversations from the DLN Community from places like the DLN Discourse Forums, Telegram group, Discord server and more. We also take topics from other shows around the network to give our takes.

Some time back when I had an HTC One I liked to try out various ROMs on my phone. I think this was back when CyanogenMod was a thing. Of course, I also wasn’t married then so I had a bit more free time and less obligation to have a working phone at any given time.

I don’t think I’ve attempted a ROM flash in about 3 or 4 phone iterations now. Currently have an iPhone 12 mini which I bought expressly because of its form factor. I hate huge phones with the burning passion of a thousand suns. My last two phones before this one were a Pixel 2 and a Motorola Droid Mini (which I still have and still love the feel of - despite it using a tragically old and unsafe version of Android).

Nowadays, form factor is probably my biggest concern along with price. I prefer to buy my phones outright rather than subsidize through the carrier. Cameras are neat, but not a deal breaker. I grew up with 320x240 postage stamp VGA cameras so pretty much anything modern is a wonder to me. Storage isn’t a big thing because I stream my music and I upload any pictures I take to a cloud service.