I just came across this here:

Session is a private messenger that aims to remove any chance of metadata collection by routing all messages through an onion routing network.

Anybody in the community familliar with this? Is it any good?

They’ve been audited several months ago if I recall correctly. Seems too complex to pull the normies in (in which Signal is good for that).

I havent heard from it or people recommend it since. Certainly something to look out for if you dont want Signal or Element/Matrix.

I think it’s similar to Signal to use in someways, except for the ID, which is a long string of text, similar to the following:

Instead of a mobile phone number like Signal. It does have a QR code feature you can use to add people as well.

They do have a linux client though (AppImage format) which seems to work OK. They are based in Australia and are well aware of, and following closely, our latest encryption laws which Governments would currently be hard-pressed to get much out of Session.

I haven’t used it much myself though as… everyone I know is on Telegram, Whatsapp and Facebook!

At least, I’m starting to get a few over to Element/Matrix.

No phone numbers is a cool + with apps like signal and telegram requiring it. It does use the Loki network but there just isn’t many people on it. There’s an interview you’d find interesting. 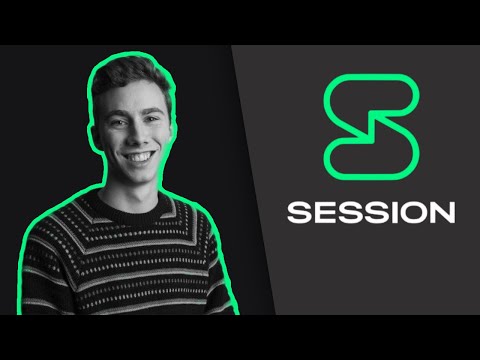 I mentioned it here somewhere and I use it on an Android phone installed from F-Droid, that is actually cool unlike Signal. It works basically like Signal, is based on it and uses the same encryption protocol but it is really slow and has less features and obviously no one else is using it.
It not only is private and secure, it also is anonymous because you do not need a phone number.

I’ve searched for it on the Openstore (volla phone) but it’s not available (yet).
A shame really, because like you say @vinylninja , it seems to give true anonimity.
And that’s something rare these days, it seems.

I’ve used this for a few months now. The technology is super cool and it’s actively being developed. I think it could easily be a future replacement for Signal. Like mentioned by @vinylninja, it’s hard to find other people using it. However, I am running an AppImage and hopefully it will become more wide-spread as an alternative secure messaging platform.

LokiNET is arguably the future of communication…

I couldn’t agree with you more.

I’ve used this for a few months now. The technology is super cool and it’s actively being developed. I think it could easily be a future replacement for Signal.

I’m considering trying it, Could I add you for a week or so when I begin testing?

Question: how did you get Lokinet working? I’ve installed and got this error upon launch.

"terminate called after throwing an instance of ‘zmq::error_t’
what(): Address already in use

I’m trying to install this on a virtualbox Ubuntu. In a vm with linux lite, the gui showed up for half a second only to dissapear again.

For now, i can’t get it to work properly. Any help would be appreciated.

I’m gonna install it sometime this afternoon, so maybe I can add some context.

Session is also available as a Flatpak:
Session on Flathub
I’ve had it installed for a long time but don’t really use it that much…I had previously convinced some close friends to use Signal, and when I suggested Session they were, like, “what? you just told us to switch to Signal!”, so I stopped nagging them.

About 7 months ago a few of us DLNers tried it out after chatting about it during a TWiL or DL post-show. It worked fine, but we haven’t used it with each other since.

I am currently experimenting with it. If you have the software, Can you dm me your user id? So i can continue testing?

(I messaged you my Session ID, but I’m not sure how DM/Messaging works here…so I hope you got it.)

Maybe I should post Michael’s Session ID here so you can all test with him.

I would message him about some cool Firefox Container features…