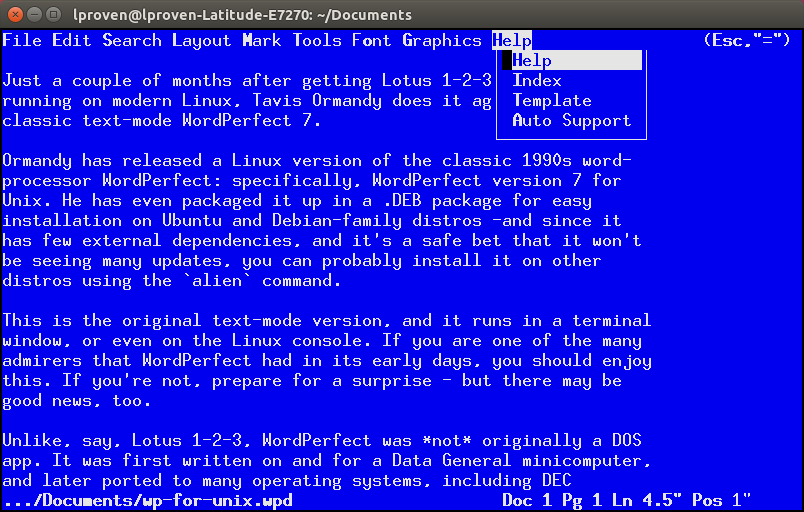 I have WordPerfect 5.1 running in DOSBOX and I start it using DOSSHELL. I still have those plastic strips with the function keys. Another program I start through DOSSHELL is the DOS game Wolfenstein-3D. DOSBOX runs in an Ubuntu 22.04 LTS Virtual Machine (Virtualbox). Basically on the lowest level I run WP5.1 from a 512GB nvme-SSD (3400/2300MB/s

I have the graphical version of WordPerfect 6.1, as part of Novell PerfectOffice. Novell PerfectOffice and thus WordPerfect 6.1 runs in a “Windows for Workgroups 3.11” Virtual Machine. That WfW 3.11 Virtual Machine is now more than 11 years old, it has been installed in January 2011. Basically on the lowest level I run WP6.1 from the last 500GB partition of a 1TB WD Black with 9 power-on years.

I have at least one older VM: “Windows XP Home” from March 2010 and that one I still use frequently to play the wma copies of my LPs and CDs with WoW and TrueBass effects.