My son who loves Linux just got these as a Christmas Present, but his hope was to have a good mic that would pick up his voice in discord when he is playing Minecraft or just talking to his friends while coding on Linux. He has tried to trouble shoot this in so many different ways, but the mic is supper quiet when he tries to use it in Discord, but even when he is making a test recording in Audacity the decibel output is very low, even though he has everything maxed out in Alsa Mixer. He normally runs MX Linux, but I believe he has tested these we with Kubuntu and Arch without any improvement. 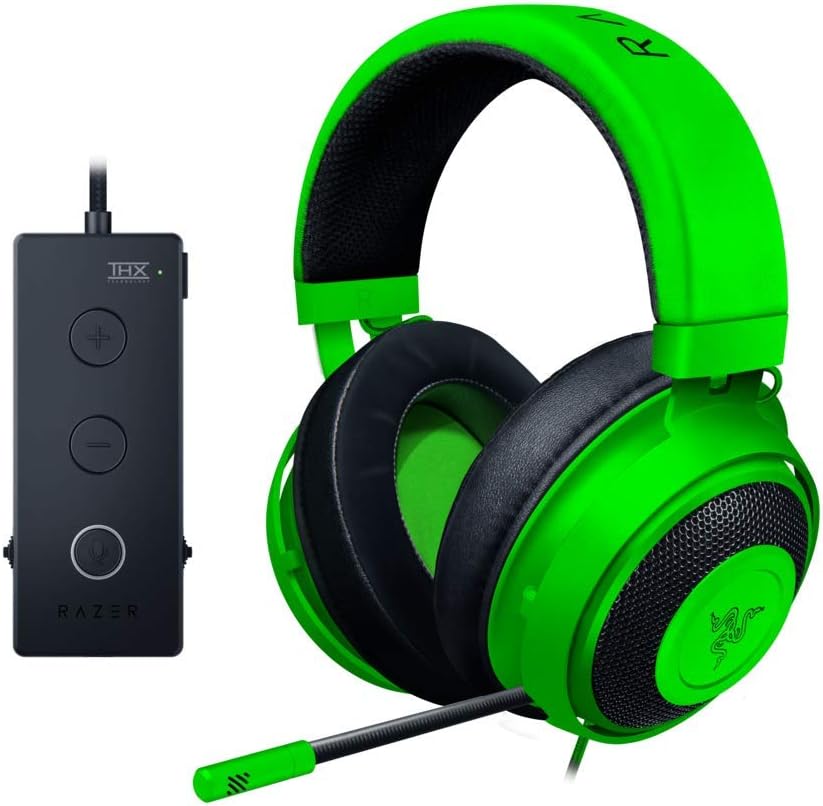 I think the issue might be that this one has a USB interface that does some fancy stuff in the Windows only driver. Razer doesn’t have a driver for their headsets. They have a program that allows you to configure other Razer devices, but it doesn’t do anything for the Razer headsets.

Does anyone have a sure fire way to increase the audio output of the mic on this headset?

If not, does anyone have a good recommendation for a headset where both the mic output is high and the headphones are decent sounding too, in Linux?

Thanks for your help.

Not sure abou the Razer stuff, but I’ve had good luck with HyperX stuff.

Is there something beyond the Alsa mixer? PulseAudio panel? KDE panel for audio control? I know it’s kind of obvious, but that’s about the only thing I can think of. I don’t know of a reason why a specific USB headset wouldn’t work properly, unless it’s expecting something from the control software, but that seems unlikely.

Yes, he has tried PulseAudio panel or whatever the panel is in MX on XFCE that controls all of the audio levels for the different devices. I’m not sure, but I read something on Level1Tech’s forum that said that the newer headsets that are trying to do crazy things with surround sound emulation and have a USB interface have a lot of their sound effects built into a special driver for Windows. I believe that Razer does offer an audio driver that works in Windows that can allow you to boost the mic volume. The mic volume is the real issue here. He has used the headset just as headphones, and I have as well, and the sound is wonderful in the headphones even without some of the wiz bang effects that might be there in the Windows audio driver. The mic when he has tested it in a number of different places like Discord and Audacity registers very low decibels output. In Discord under the Audio settings the lights never get much past the halfway mark on the meter, and that is with the mic turned up to the max setting in PulseAudio panel which is I think 150%.

We have read all of the Discord posts about adjusting the mic volume in Discord, and we have tried all of those tricks, but the mic itself seems to be the issue, with the way it connects as a USB sound card in Linux. There are not other places where you can pump up the mic gain to make it better.

Thanks @SquirrellyDave for the suggestion of looking at HyperX stuff. Are you using a HyperX headset with USB or separate mic/headphone jacks that plug into your sound card 3.5 jacks?

I should mention that he has had issues with a cheap (unpowered) dynamic mic attached to an M-Audio USB interface. He has to boost that mic signal to get a decent sound in Discord or other audio programs as well. If he boosts the gain too much than the dynamic mic picks up too much background noises. He has used a USB powered condenser mic which provided plenty of sound, but that also tended to pick up too much background noise as well. He was hoping that a headset mic might be a better option.

Have you taken a look at pavu control? Maybe that can help in adjusting the mic level?

The mic level indicator for pulseaudio never goes past half way for me either but the sound is fine in the end so I don’t trust that to set my mic level.

When you record with the mic into Audacity and then turn it up to a good listening volume in Audacity does the recording sound really bad or does it sound OK?

Also look into PulseEffects as well. There should be some plugins to add gain.

@Eltuxo
Yes, he has tried pavu control, to up the gain on the mic as high as it will allow, but it doesn’t raise it enough to make a difference in recording the mic.
@Ethanol
No, the recordings that he makes in Audacity are too quiet as well, barely able to hear the recording at a comfortable volume.
The 3.5mm connection connects into the USB dongle that comes with the headset. It is a three segments connector, and it doesn’t come with a splitter like the other Kraken models that are analog only so there isn’t a way to just try plugging it directly into his motherboard sound card ports.
He has looked at PulseEffects using the Flatpak, but the latest version dropped support for one plugin that he was using that could add gain to a mic. He was using PulseEffects in the past to raise the gain on a different mic. This is one of the reasons that he wanted a good headset with a good mic, so that he could just use that without the trouble of PulseEffects in the mix or other software solutions.

It is looking more likely like he will need to return this headset to get a different one with a better mic that is better supported or works better with Linux. Once again if anyone has suggestions for a good headset that has a great mic that works awesome with Linux it would be appreciated.

I’m sorry to hear that things don’t work out for you.
I myself have a Razer Kraken (not the tournament edition though)alongside the polychromatic suite that comes with it. (not that that does anything to the mic issue), but for me, it all works fine.

Good luck with the hunt!

Is your edition USB or analog with the 3.5mm plugs that can go directly into your sound card?

If USB I wonder why you are not having mic issues and my son’s version is?. Thanks for replying and trying to help us out. I really appreciated it. I’m glad to hear that you are not having issues with yours on Linux. I always like hearing the hardware success stories.

Mine’s the usb version and i “just plug it in” a free usb socket, i don’t have a dedicated soundcard.
And just to make sure it works like i want to, i tested it here. (there are a lot of them, but i used this one).
https://webcammictest.com/check-mic.html

Sorry, @Ethanol, I don’t know if he has tried that, but he has spent hours trying to trouble shoot it, but I don’t think he has tried adding gain to the recording in Audacity. We are beginning to think that either:

Right now we are looking at returning it and looking for a different brand / model than these.