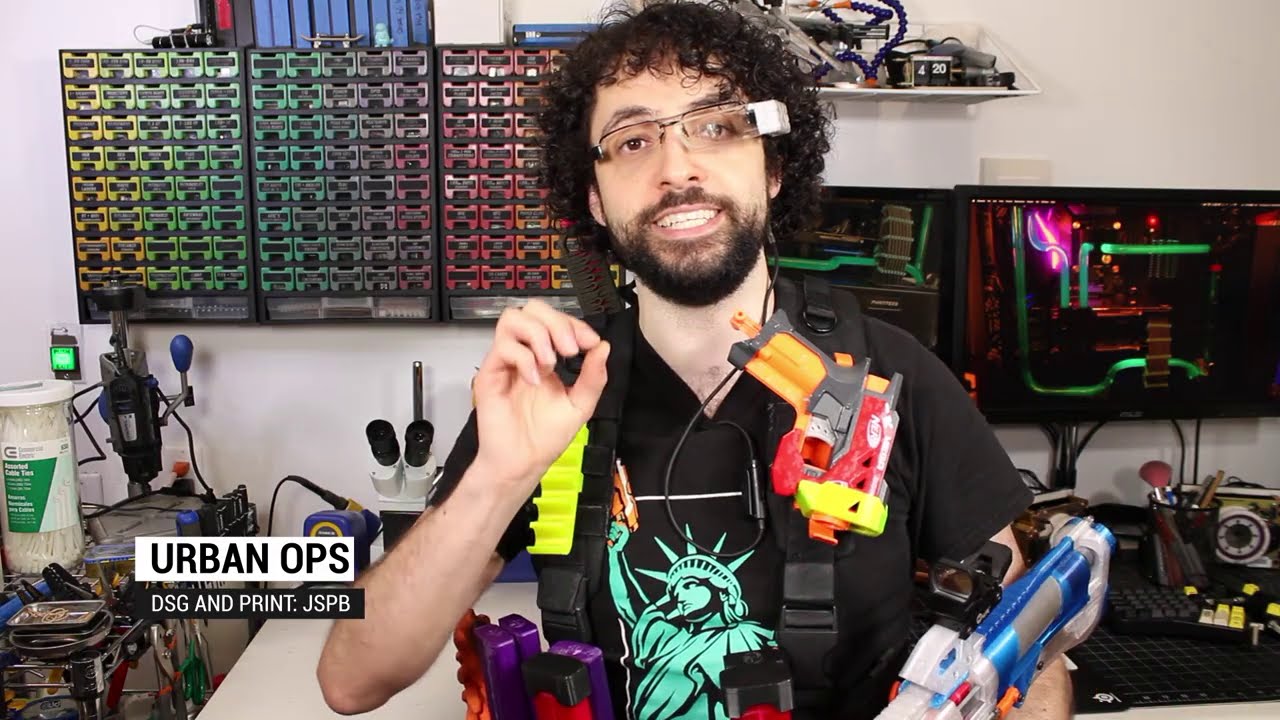 PS: I’d far rather see fathers and sons getting outdoors and playing with each other with toys like these (wearing the proper protective safety gear, of course), rather than playing morally bankrupt video games like Cyberpunk 2077.

Give a kid a gun toy with that silhouette? I don’t know, friend, the lawpeople from the fictional cyberpunk world can’t hurt the children with real bullets. Unlike morally bankrupt members of some PDs.

You have a point there. The maker of the above video did implore his audience to print their nerf blasters in bright, toy-like colors, and not colors like black, olive or tan, which might lead other people to mistakenly believe the toy guns are real (and call the police).

I certainly don’t recommend one with a convincing silhouette, such as the one he has for the click-baity title picture. The “Caliburn” and “Talon Claw” look more toy-like to me (in their silhouettes). It’s also probably a good idea to play with them during the daytime, when the bright, toy-like colors are visible.

Also, it’s probably not smart to brandish them, while walking into a bank.