I use Linux since 12 years now. I use a lot of external harddisks (about 30 or so…). I use of course ext4 for these that only have to work with linux. But about 10 HDDs also have to work with Windows, so I have choosen NTFS over the last 10 years.

I know that NTFS is a so called (??) fuse filesystem for linux, and that’s why it is noticeable slower with file operations that a native ext4 filesystem.

Also there was this package “exfat-fuse” with that e.g. Ubuntu could access ExFat Thumbdrives or so. (BTW: you have to use gnome-disk-utility to format as exfat as gparted cannot do this)

But, also ExFat is (or was?) a fuse filesystem in linux. In the Windows world there was this opinion that one should use exfat for flashdrives, and better ntfs for (spinning) harddrives.

Now my final question is (because I am discovering that my copy job actually is again very slow to ntfs harddisk):

Is it better to choose exfat also for harddisks in linux (than ntfs)? Because… wasnt there an info that exfat would be included in the linux kernel (and isnt therefor not a fuse-driver anymore??) Also it would have the advantage that also MacOS could read/write that disk.

What do you choose and why?

Because I am thinking about switching from NTFS to ExFat for my external harddisks (that 10 that have to…) for my use under Linux.

What do you think?

Happy discussion and thanks already for your opinions and help

The original gangsta, ExplainingComputers.com sought to answer this question: 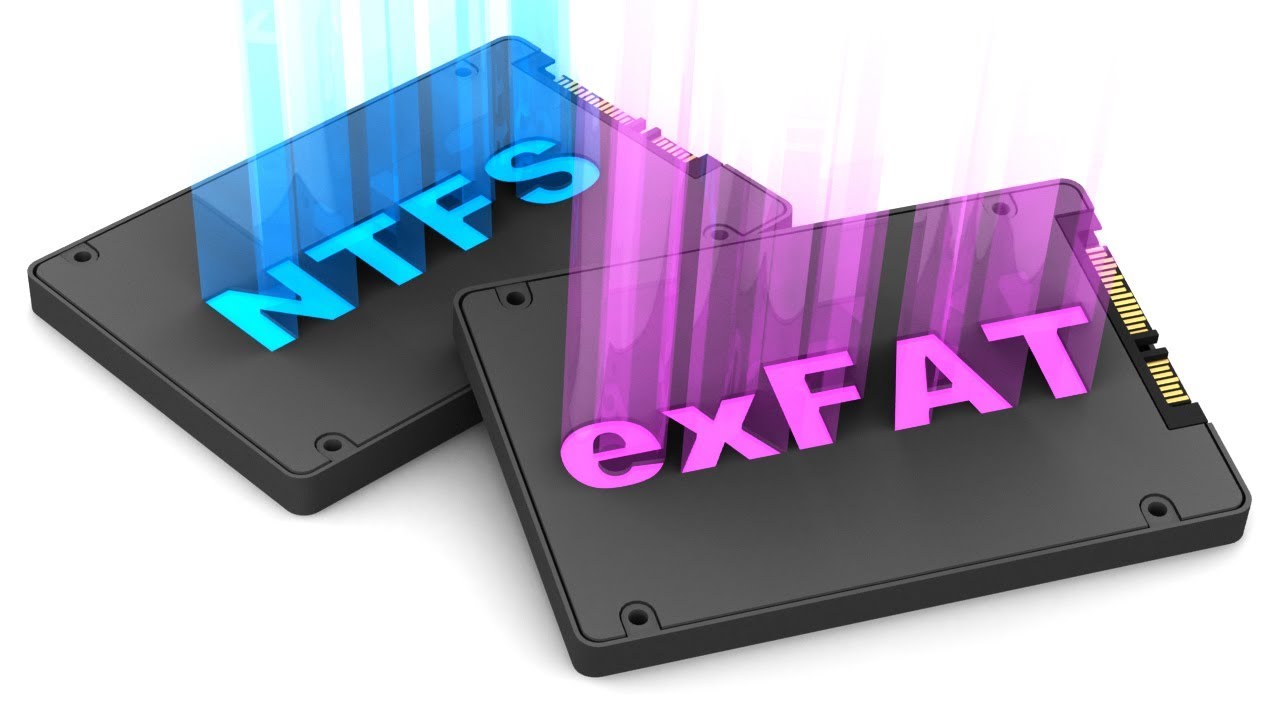 There’s A LOT of factors in choosing a file system (speed, maintainability, reliability, ect) but generally speaking his conclusions are very good for most people.

As for FUSE (Filesystem in Userspace), if I was pretending to know what I was talking about i’d say it’s a virtual filesystem translation interface that allows regular users access to filesystems without root privileges and not a speed impediment to any one filesystem vs another.

Gee, when is the Windows Subsystem for Linux going to support the far-superior, noticeably-faster Open Source filesystems that are Linux compatible (like ext4)? Apparently, right now! I’ve never tired it, myself. Can anyone else vouch for this being production-stable?

If it’s indeed production stable, I would strongly recommend having as few NTFS and ExFAT-formatted drives around as possible. Come on people, it’s 2021.

If we got rid of Flash, we can also get rid of these hairshirt, inferior filesystems.

thank you so far for your replies. Ok, the conclusion of the video would be, for my personal case, to use exFat also on my external spinning drives, because they have to work in very heterogen environments (win,mac,linux) and the guy in the video explicitly recommends exfat over ntfs then.

Also… I dont know if exfat is “already” included in the kernel, but according to this, it should be (kernel 5.4 and up):

Linux Kernel 5.4 is the last major stable kernel release of the year. This release has some big changes that will impact both manufacturers and end users.

I think it is worth to investigate (I will do so) if this exfat implimentation then isnt a fuse driver anymore (like ntfs still is I think), so this would also be a reason for exfat over ntfs (fuse filesystems are a bit lower in speed).

To esbeeb: yes, you are right… WSL(2) can do ext4 I think and there are also good functioning drivers for Windows so that you can use ext4 harddisks (on wsl terminal also with luks/dmcrypt) in Windows Explorer. But here is the point for me: I deal a lot with other peoples PCs… where I cannot expect wsl etc. to be installed, that is why I cannot got “ext4-only”.

I think I will try exfat as default for my “hybrid” spinning drives in the future and test this change from ntfs to exfat. I will see how this works.