For Any Host or Community Member:

I know that Hardware Addict’s just did a piece on this but I wanted to share this story for anyone who missed it. Linus Torvald’s is publicly asking Apple to provide a way for Linux to be installed on Apple Silicon.

What are people’s thoughts or impressions of this? Should Linus be asking Apple for this path for Linux on their new silicon or should he wait for the greater PC Market to emulate the path of Arm SoC that Apple has taken? Should he perhaps instead wait for a major chip maker, such as AMD, to do SoC in Apple-esque fashion (if they could with x86…I’m not so sure, personally)? What benefits, or perhaps dystopian realities, do you think could result from getting Linux on this new Mac platform? Should Linux enthusiasts and coders even care about Apple Silicon?

I think he’s one of the best people to be a Linux advocate so it’s good he’s doing the asking. I think it’s worth giving companies a nudge in the right direction even if they don’t go that way.

What Apple is missing out on… 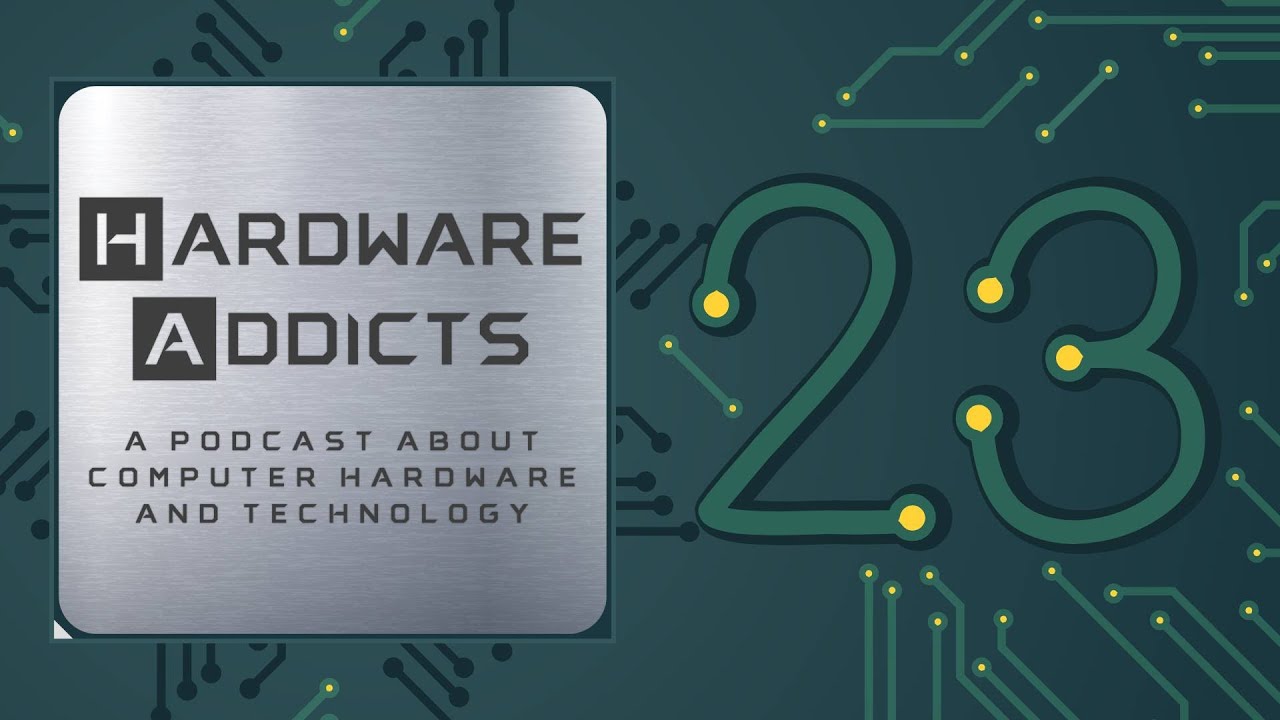 The way i see it for now is this: Apple has a new toy.
It’s nice for Linus to ask them if they could support Linux. They might or might not do that.
I’ve seen enough mac’s around that are running Linux. The same will eventually happen with the ones running this new M1.
Apple can run, but they can’t hide from the penguin power. If they don’t do it themselves, i’m very sure there are people out there who can make it happen.
With or without the consent of Apple.

Apple can run, but they can’t hide from the penguin power. If they don’t do it themselves, i’m very sure there are people out there who can make it happen.
With or without the consent of Apple.

Apple is capable of very dirty tricks, when it comes to keeping Linux away from running on the bare metal. Such as making the SATA controller disappear, via a trick of cryptography, from being visible to the linux kernel.

Even to get so much as a Linux VM running in MacOS, required me (about a year or two ago) to temporarily reboot a Mac into a root-only maintenance mode, and enable an obscure cryptographic permission in the MacOS kernel from a command line, such that Virtualbox would launch properly. Yes, the command line! On a Mac (which is supposed to be all user friendly).

Linus has spoken well, to say he would (effectively) far prefer direct co-operation, instead of struggling against them.

All great responses! Honest and direct. I may not agree with every sentiment but I agree with everyone in spirit. I envy the stability and beauty of what the Mac world offers; however, I do not agree with the methods or philosophies they employ to achieve their ends. I will say that they have a right to be whomever they want to be so long as it only hurts those who opt-in to their brand and message. But I am kinda with Linus on the point that I wish the beauty (and quality) of their hardware could be married with the openness of the Linux world without treading upon their turf. Especially after their beautiful, artistic hardware is deemed EOL. I truly feel that Linux offers them a truly environmental solution; in fact, arguments to them regarding Linux should be focused as such. I do not really get upset that they deny Linux on current hardware…its their hardware and right (and their user base buys into this as such). However, after they abandon the updates of their own MacOS…Linux should be given a pathway. Just my compromising two-cents. Ultimately, to buy a $7500 MacBook Pro 16’ knowing that I’ll be able to push her past the 10 year mark on Ubuntu after Apple says adios, I feel, adds additional value to the overall brand and purchase.

Besides, only about 2-5% of their users would go this route…so why deny us the ability to repurpose their hardware?

A man can wish and dream.

Besides, only about 2-5% of their users would go this route…so why deny us the ability to repurpose their hardware?

Because sadly they’re all about control. I recently read about the new OS app control system and it’s appalling. The apps must now get an approval from the servers to run and, like on iOS, they can prevent an app to launch on the OS and even remove them. Of course it’s for the user security

Apple is about the most ruthless tech company out there. There is no way they are going to let loose of any sort of control which is what making their laptops compatible with linux would do. They are at the forefront of eliminating right of repair for their devices. They’re starting to serialize their parts. They are moving in the exact opposite direction of open-source. Watch Louis Rossman’s YouTube channel. If there is such a thing as an evil company then Apple is in the running for the title.

All this centralized control stuff is super creepy, if you combine it with the idea that these gizmos will probably be intimately attached to people’s bodies fairly soon. Like what if you really need to grab something that you feel you have a right to grab, but your cybernetic arm won’t work all of a sudden, because the centralized servers disable it for your protection? Sort of like Ash’s hand in The Evil Dead 2.

Well, here goes. I hope he succeeds. It’s worth a try.

Joe2020 writes: Famous developer Hector Martin who put Linux on the PS4 now wants to port Linux to the new Apple M1, and he wants to do it with the help of crowdfunding by making it his full-time job. One can find his official pledge for support...

I did hear about Mr. Martin’s effort. Some are skeptical that these efforts will produce any “fruit” (Apple-pun) but I do not think the work is a waste. In a world where many Linux users are also either proud or closet Apple users as well…I think there is definitely an audience for this. I am definitely one of those peeps who rock Linux on PC next to my MacBook Pro on the same file sharing home network. I am the user who virtualizes Linux on his MacBook Pro (but who secretly wants to dual-boot). I am the user for whom after Apple End-Of-Line’s his decade old Mac would love to still use it solely under Linux. So more power to the Hector Martin’s of the world who see a new tech trend…and who immediately think, “How do I get Linux to run on it?” I don’t care if its ARM or RISC-V or whatever else it is…as a community…I think we should always ask, “How do I port this to Linux?”

Look, in time, I’m sure all PC’s will run ARM with on-board Memory. Apple has their flavor and Intel or AMD or even some other company will do their version. This IS the future that others will migrate to in a search for Moore’s Law to continue. Personally…I simply love the build quality of Apple hardware. Like any enthusiast…I just wanna shoe-horn Linux on it to keep that beautiful hardware humming along longer for what they charge for it.

I think a Geek can love some parts of a company while still being critical of other parts. We should all push Apple to open their gear. If no one tries to make Linux work on the M1 (or beyond) then Apple will never feel the pressure to open-source anything they patent and sell. Like Microsoft…I believe that one day Apple will also succumb to the awesome force that is the Penguin.

One day we’ll have M2 Mac Mini’s running Ubuntu Server operations…cuz some company doesn’t wanna retire them simply because Apple says so. That’s a day I still have faith will come to pass.

Linux Action News did an interview with Michael Larabel of Phoronix. Michael’s opinion was that the most brutal obstacle to creating a fully-functioning Linux distro on the M1, will be writing a video driver for the M1’s totally exotic video chipset. It will likely be akin to the grueling efforts of writing the Nouveau video driver for NVidia video cards, but even harder yet.


“The bigger issue is orienting ourselves in the IOKit world. Since Linux is under a copyleft license, (legal) kernel drivers are open source, so the ioctl interface is public, albeit vendor-specific. macOS’s kernel (XNU) being under a permissive license brings no such obligations; the kernel interface is proprietary and undocumented.”
Ethanol January 8, 2021, 8:25pm #13

I am still using a 2009 MacBook pro as my daily driver with Linux Mint installed. It works amazingly well except the screen brightness but that’s a Nvidia problem. I took it apart and gave it a thermal paste refresh last month too. It’s one of the last year’s that Apple made easily repairable machines.

What is going on with Darwin in all this? Can’t we look at the open source elements of MacOS for any help?

I love the idea of the M1 Mac. I have never owned any Apple product but if I could run the Linux distro of my choice on it then yeah, I may be tempted to buy one. I am attracted to the Pine book pro with its Arm chip and I’m really hoping for a future version which may evolve into a powerhouse, that I would not hesitate to buy.