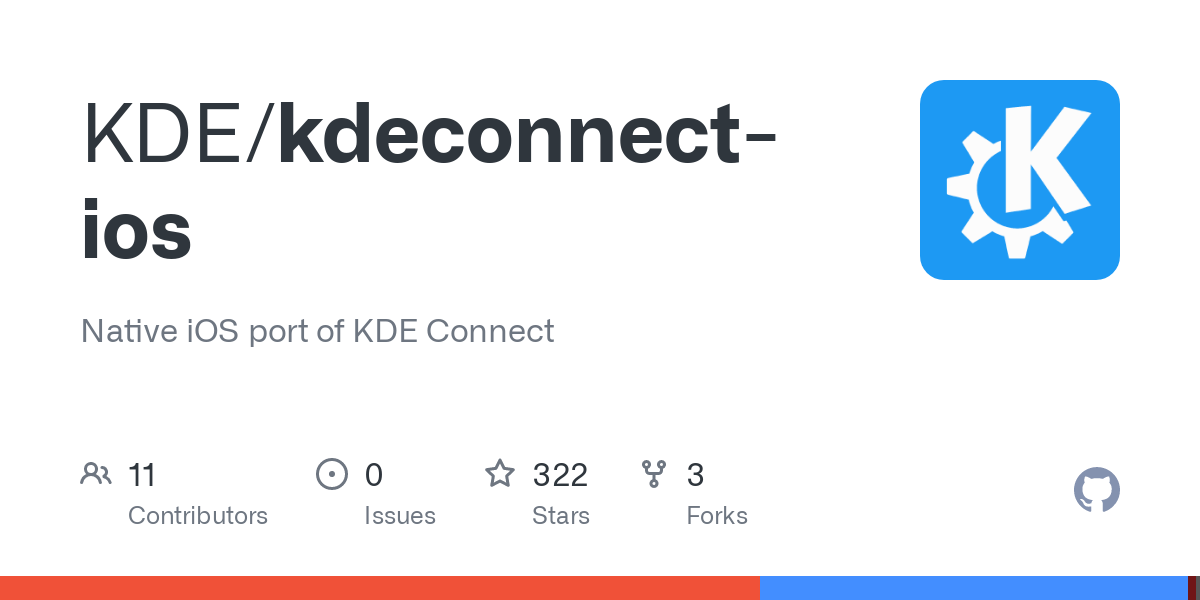 Native iOS port of KDE Connect. Contribute to KDE/kdeconnect-ios development by creating an account on GitHub.

Joined! Love seeing this come to iOS! Much appreciation to the KDE devs!

I am not a user of iOS at all, but my oldest did get an iPhone so this might get me to try iOS again after some decade away from it. I think it is absolutely a good thing that developers have made this happen because it just adds to the broad adoption of technology in the Linux and open source world. Better to embrace than exclude.

Did some testing with this, early this morning. Managed to make the app crash, but it’s pretty cool honestly. Love the ability to control my cursor from my iPad. Definitely some potential in this app for sure.

I can see that if you use an app such as Krita on the PC that connecting your tablet through KDEConnect to have the functionality of pressure control over the mouse would be very helpful.

EDIT - I just tried to use my tablet as a control in Krita. It would only move the mouse on the desktop. I will have to find someway to make it pressure sensitive.

I see that as a pretty awesome use for an iPad, actually. This application alone is changing my tune a bit about getting an iPad for the kids in the house. They mentioned it and I was sternly against it. Now, I am thinking

Holy cow, this would be absolutely fantastic to get that working. Can you imagine the NUMEROUS use cases to take advantage of the hardware of the iPad and open flexibility of Linux? Holy cow!!! This sounds like an awesome union.

That’s a bummer. I’m having trouble sending files from my desktop to my ipad or my iphone. Mobile to PC seems to be fine, cursor control works just fine, but as soon as I try to send a file to my device the app crashes. Sent a bug report in for the devs.

All in all I’m pretty impressed with how well the whole thing works.