Its bound to come up.. RMS is returning to the FSF, Thoughts?

I’m personally indifferent to his reclaiming the FSF leadership. As RMS is VERY bad at managing his public image. I dont think it will do anything to benefit the FSF though, my main interactions with them is letting me know which laws to watch out for.

My expectations is that most people here will be on the Nay side of him joining? what do you think?

What do you think of RMS rejoining the FSF?

You could drive a truck through the plot holes and RMS was acting like a child in the release video.

Good News! Richard Stallman is Back at Free Software Foundation - It's FOSS News

Its really hard for old people to change. I dont think he is one of the few exceptions but then again even Torvalds himself eventually learns to tone down the language and mellow down.

Who can say where the road goes? Where the day flows? Only time.

The controversy about him is just that, controversy, a lot of things not based on facts and out of context.

Though is he the right person nowadays to lead the FSF? That is another story. I guess I do not care and therefore will not vote here.
He really is a weird guy. But in my opinion he was also a victim of the “cancel culture” mentality.

Taking a wild guess… it feels like internally they’re trying to get the “right kind of crazy” they can trust to resist big tech payouts and sociopolitical appropriation but he’s like a bull in a China shop when they need a panther and he’s not even a particular useful bull.

There’s a discussion over how personal comments should impact career but either way I can’t see the benefit of someone with thin skin, no desire to build bridges and lacking the effort to even make a video taking a leadership role in FOSS.

Richard Stallman is Coming Back to the Board of the Free Software Foundation,... 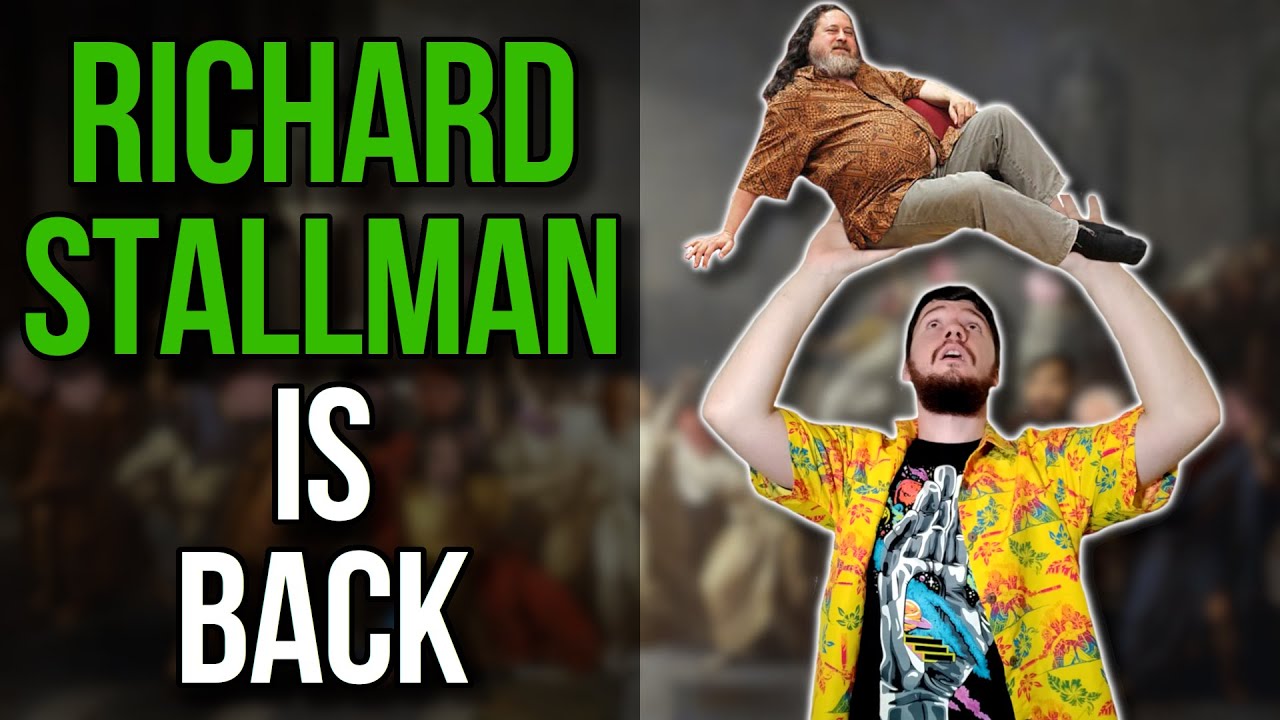 Open letter signed by hundreds: RMS "has no place" in free software community.

Welcome to cancel culture. It will destroy everything.

Yeah, that’s a big, resounding “Ehh…” from me, dawg. At this point any association with RMS can’t give them good press.

As RMS is VERY bad at managing his public image.

Exactly that. I have a lot of respect for his work, but as a public speaker – he’s a disaster. I remember watching some of his presentations and interviews and I had multiple problems with his arguments, even as a someone who agreed with his position.

For example, when speaking in a program intended for general public, he uses language and concepts understood only for people familiar with free software movement. There’s no way an average person would even get what he was talking about.

And even once we skip the language barrier, his arguments weren’t good either. He just repeats his dogmas (which I did agree with) without giving any explanation or countering the points of his discussants.

Not to mention all of his talks are very ideological and rarely touch on the practicality or possibility and means of actual change.

To top all of this, when being interviewed about free software, the journalist passively mentioned God, RMS stopped to tell him that God isn’t real – like, maybe not the best moment for that, Richard.

All that being said, I don’t have a problem with him being head of FSF. Just hope he finds someone competent to do the talking – and even if he doesn’t, FSF still does some good and that counts. Hell, even if FSF broke and stopped existing, we have many open projects and communities. We’ll be fine.

Welcome to the forum TechTalk!

I’d agree this won’t be a level headed discussion in most places. Cancel culture promotes the summary of humans in binary extremes and compliance absolutes which seemed to be in full display in the open letter.

It’s one thing to take Stallman to task, it’s quite another to write a crusade manifesto calling for a contributor “stand against bigotry and hate within their projects”. There’s decent reasoning in there but it’s been appropriated by a unquestioning hate driven movement.

Without some very serious leadership on behalf of the FSF (whether they keep Stallman or not), i’d be very surprised if this didn’t get much worse.

[Stallman] “has shown himself to be misogynist, ableist, and transphobic, among other serious accusations of impropriety.”

“We are calling for the removal of the entire Board of the Free Software Foundation.”

[Stallman] “has shown himself to be misogynist, ableist, and transphobic, among other serious accusations of impropriety.”

“We are calling for the removal of the entire Board of the Free Software Foundation.”

That is quite a list and filled with many very known people in the open source and free software community and I find the last statement very bold.
I really have to reconsider if I see myself as part of the wider FOSS community.

That time when part of the FOSS community revealed that they really envy the de-platforming powers of Big Tech.

Part of me is glad he couldn’t be cancelled forever. Whether this is the right person to have back on the board is yet to be seen. However, to take on big tech you need someone with enough backbone who won’t bow down to every ideological mob like big tech does.

Whether they can manage this tactfully is the $64 question.

I’m ready for some new memes too… 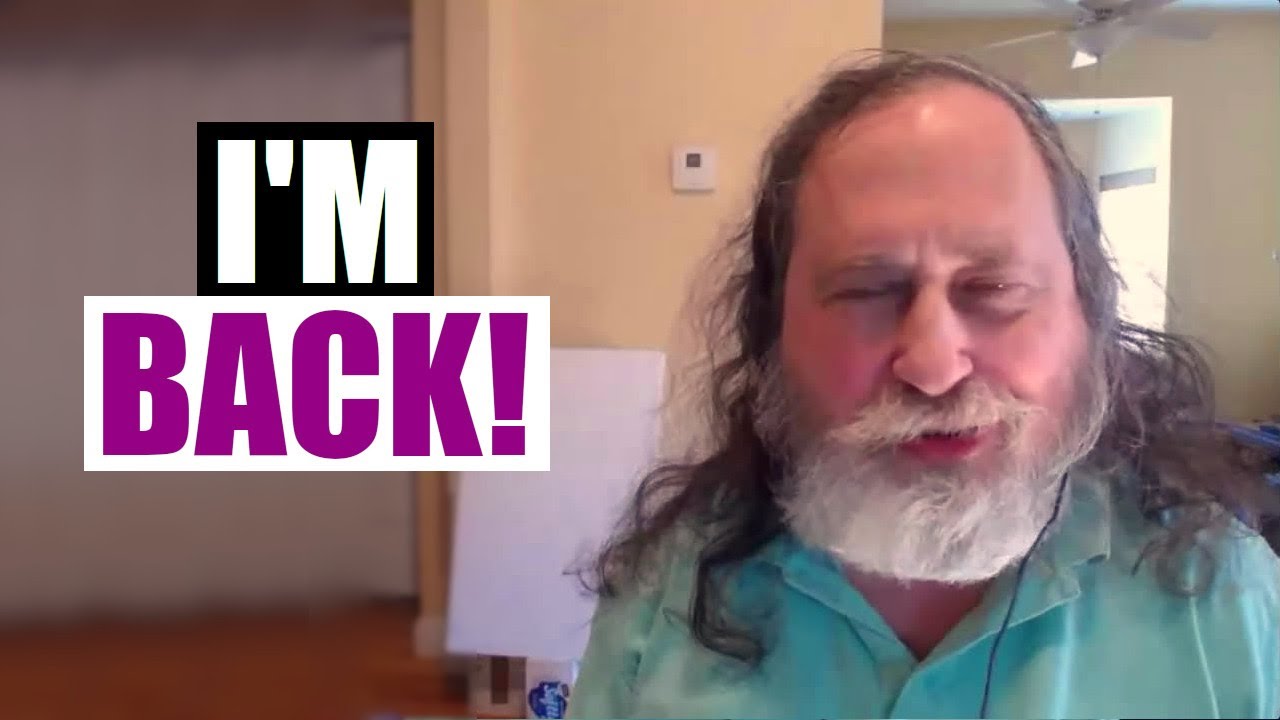 At first I totally dismissed this open letter as “cancel culture”, but after actually reading it and giving it some thought I realized we’ve fallen into a trap. Wondering whether this is “cancel culture” or not does nothing to address actual points the letter makes and those points are the important part here.

It strikes me as very weird, when dealing with serious accusations, to focus all the attention on how big the complaints are and none on how valid they are.

Is calling for a removal of Stallman right course of action – honestly, I don’t know. Personally I lean more on “doing you own thing” and focusing on making your own projects and your actions the change you want to see. I wouldn’t however dismiss different perspectives, without addressing importance of FSF and how having one of its leaders very openly defending pedophilia does disservice to all of us. That would be using lazy smokescreen.

Finally, I don’t see how writing an open letter, without any power to force anything other that explaining its points, pointing actual examples and showing support for the cause is the controversial thing here. If anything it seems to me like very good way to express those complains.

This whole video sure is something.

DistroTube puts “threats” in the title, but that’s a lie – no actual threats were made, or at the very least he doesn’t show any. Most of his arguments are giant straw mans of the idea and he doesn’t address any of actual points made by the letter. Saying that most people there have no relation to the cause is another lie. Then in a comical move, when complaining about “cancel culture” wanting to remove people for association with Richard, he dismisses the letter for association with some people for signing it and continues to argue ad hominem about those people. One particularly interesting ad hominem is rejecting those people’s opinions just because they have “political views” – you know, we don’t want people “being political” when discussing a political movement that is free software.
He also straight up makes up reasons why, in his opinion, people sign the letter.

It’s amazing how after 14 minutes of not addressing any actual points made in the letter (nor doing it anywhere in his 25min video) and building this strong image of “them” wanting to cancel everything and being racist and bigoted because of some political agenda he goes to complain about how “they” create this “us versus they” mentality. Lack of self-awareness of this guy is unbelievable.
When you want to stop “cancellation” by dismissing other ideas without any actual arguments, but instead focus on on association with “wrong” people, ad homineming the hell out of them, strawmannig the situation, making up problems and creating “us versus them” rhetoric, maybe you are the one doing the “canceling”.

At first glance I thought that this could be a light at the end of the cancel culture tunnel. That may actually be the case but I think that in terms of the longevity of FOSS, the idea, the culture, the FSF etc. we need to separate FOSS from RMS.

While I’m OK with him being back in the FSF, I’m opposed to the idea that he should or needs to be there.

Ive been watching the news come out and its become apparent that the FSF will die soon. big supporters have been pulling their funding from all sides.