Is Fedora 33 Better With BTRFS? Grab The Beta And Find Out 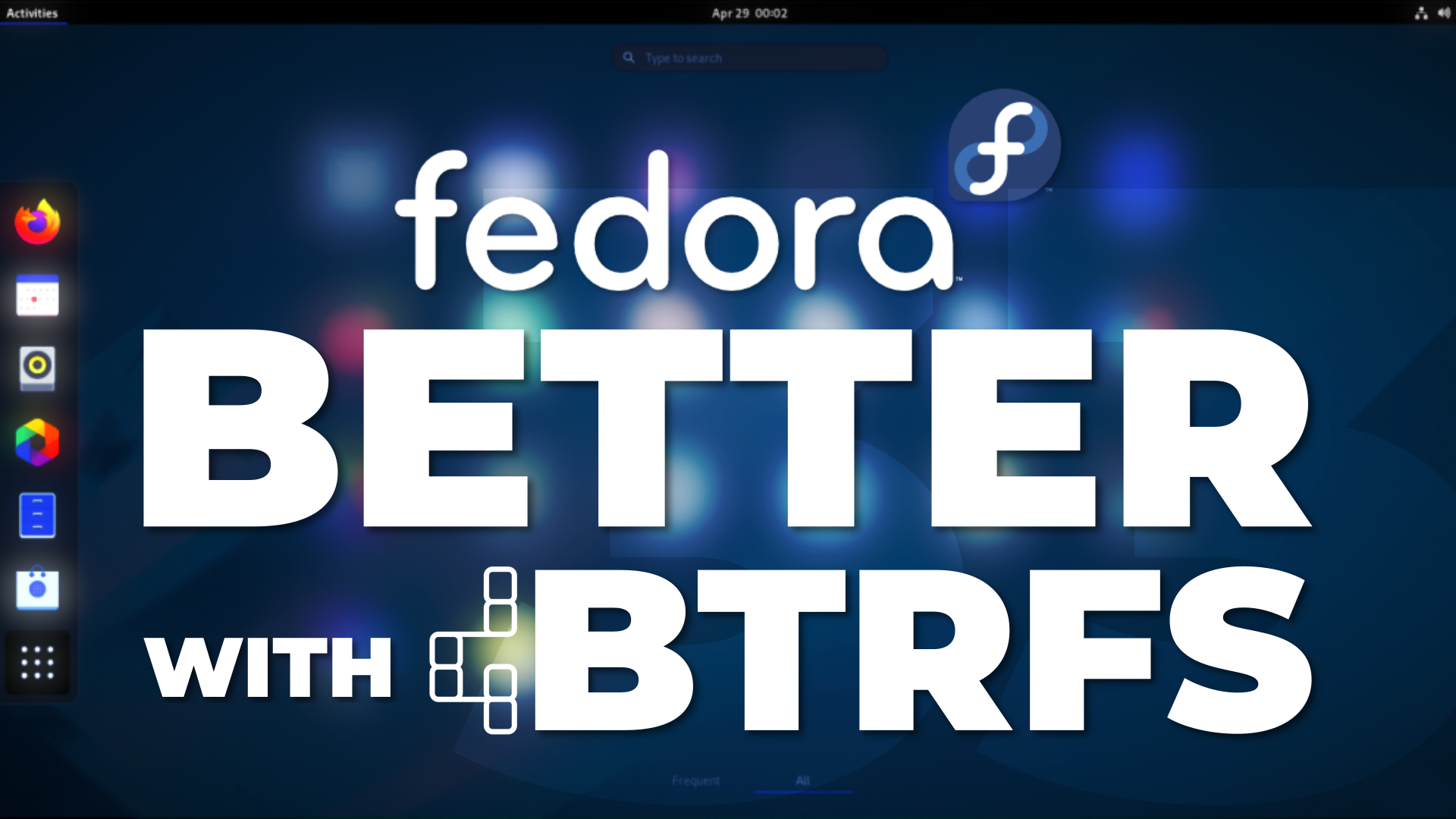 Is Fedora Better With BTRFS? Grab The Fedora 33 Beta And Find Out

Is Fedora building a better future for users by adopting BTRFS? Test drive it now with the Fedora 33 Beta.

It would have been nice if Fedora had maybe gone a little more aggressive with btrfs (ext4 partition why?) and provided subvolumes and snapper by default similar to OpenSUSE. Version 33 is definitely better all the way around and leapfrogs version 32 with ease. @Schykle is 100% correct about the superiority of btrfs and OpenSUSE has been shipping this as default for years. I’m just kind of surprised that they didn’t use that pedigree to go all the way.

I don’t know what the team’s rationale was, but perhaps they want to ease people in and slowly expand on the advanced features of BTRFS throughout the next few versions of Workstation?

Yeah, it’s a big enough change as it is. Let’s pour the foundation and let it settle before we build on it.

It’s also the case that btrfs remains not-a-priority for Red Hat storage and, well, Red Hat funded development entirely. I definitely do expect to see innovation here, but it’s going to come from other parts of our community!

That is great news.
Now I am definitely in the camp of BTRFS because I am using it on Suse and finally understand all the benefits.
Honestly, before I was not paying attention and even discarding it for various unfounded reasons.

And because of some of the licensing issues with ZFS I think BTRSF is even more the way to go if you want a highly modern and performant filesystem.

Interesting. Since Fedora is generally the testbed for new features that end up in RHEL - I wonder if this signals a reversal of their previous policy for BTRFS and RHEL? Perhaps it’s improved enough that they’re considering it again.

From what @mattdm said above, it looks like this is more of a community decision and not a Red Hat decision.

Yeah — the storage/filesystem team that works on RHEL would like me to be very, very clear that this does not signal a reversal of their plans for RHEL.

Since I know many people follow Fedora to see future RHEL development, this is a good time to remember that that’s not all we are. Note that Fedora Server is staying with XFS and is likely to for the foreseeable future. Watch for some Stratis improvements being worked on by the RH storage team to land there in the next few releases.

I use BTRFS on NixOS and am slowly learning how to use subvolume backup and the like, it’s been an adventure. I am glad Fedora is going to make this easy to use for the vast majority of people!

Fedora is going to make this easy to use

They are specifically not shipping with these features readily set up and enabled.

i’m concerned that most users read the announcement that BTRFS is going to be default and assume that Fedora is shipping with all the features they’ve been told are on that file system. You are not getting an out-of-the-box experience like you would be with openSuse. I hope the fedora team is not inundated with bug reports from people expecting different functionality.

They are specifically not shipping with these features readily set up and enabled.

Oh I see. That’s rather unfortunate. Do you happen to know the reason(s) why they aren’t going to ship with something like Snapper or what-have-you?

Yeah, it’s a big enough change as it is. Let’s pour the foundation and let it settle before we build on it.

It’s not a focus for Red Hat.

Better Than Reiser File System is a a bit of a farce considering where it actually came from Lets call it ReiserFS5 and get a lil more straight forward.That’s about what it actually amounts to. Nothing wrong with it but ext4 aint going anywhere for another decade…no reason to.
" The core data structure of Btrfs‍—‌the copy-on-write B-tree‍—‌was originally proposed by IBM researcher Ohad Rodeh at a presentation at USENIX 2007.[15] Chris Mason, an engineer working on ReiserFS for SUSE at the time, joined Oracle later that year and began work on a new file system based on these B-trees.[16]

In 2008, the principal developer of the ext3 and ext4 file systems, Theodore Ts’o, stated that although ext4 has improved features, it is not a major advance; it uses old technology and is a stop-gap. Ts’o said that Btrfs is the better direction because “it offers improvements in scalability, reliability, and ease of management”.[17] Btrfs also has “a number of the same design ideas that reiser3/4 had”.[18]

Btrfs 1.0, with finalized on-disk format, was originally slated for a late-2008 release,[19] and was finally accepted into the Linux kernel mainline in 2009.[20] Several Linux distributions began offering Btrfs as an experimental choice of root file system during installation.[21][22][23]

In July 2011, Btrfs automatic defragmentation and scrubbing features were merged into version 3.0 of the Linux kernel mainline.[24] Besides Mason at Oracle, Miao Xie at Fujitsu contributed performance improvements.[25] In June 2012, Chris Mason left Oracle for Fusion-io, which he left a year later with Josef Bacik to join Facebook. While at both companies, Mason continued his work on Btrfs.[26][16]