Help! Need to communicate through wine to usb communication device

I’m trying to communicate to the above guitar looping pedal with their librarian software. It’s a windoze version so I’m using wine. The software installed. The Linux OS sees the pedal and reports it in lsusb, and lshw. BUT JamManager XT does’t see the device. I’ve never had to communicate though wine before – from my reading, it’s a pain and a shot in the dark.

It’s not as simple as specifying a drive in winecfg – no joy. I think part of the rub is that the pedal is installed in the Linux OS (and rightly so, I think) as a USB communication device and not as a USB storage device.

Anybody have any experience in this? Is there an open source replacement for this software?

I found this alternative but it’s not for the XT. I don’t know if it would work for the XT but it’s open source so maybe someone has forked a version that works. 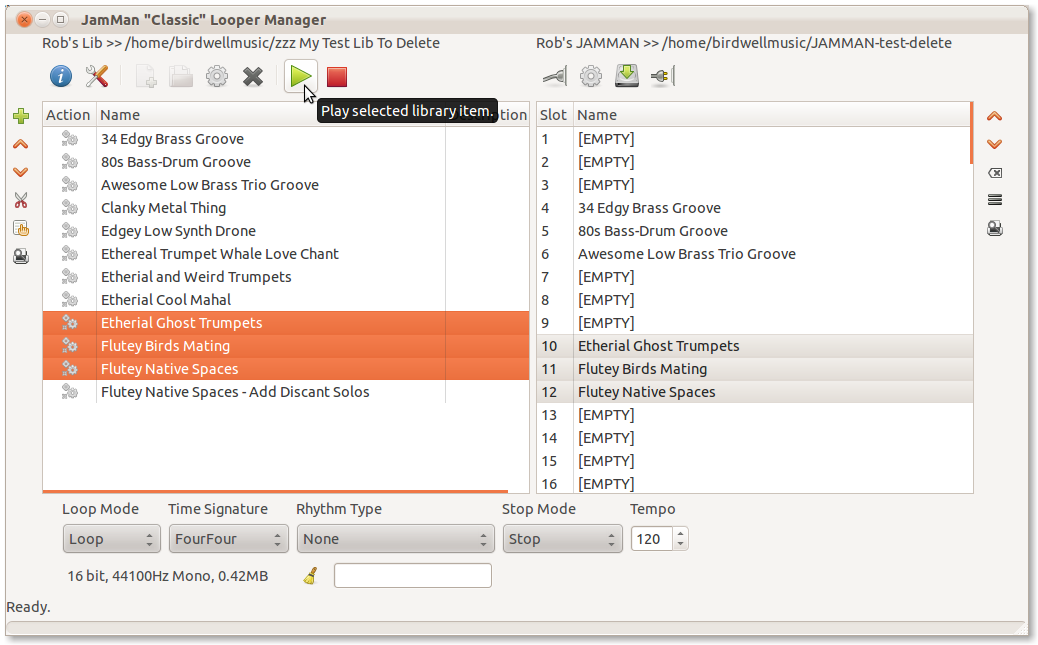 Thanks. I’ll check it out.

Man, a bit late to this, but I downloaded the birdwell one, for linux. As you said before, same issues; inthe lsusb the digitech jam man is recognized but I can acess its files at all, and share the library in the program. Have you been able to see files in the loop? I have some valuable loops in there so I need to backup cause I starting to run out of space, and I cant expand the memory through sd cards, and I dont know why. Anyway thanks is advance

Unfortunately, I never got this to work. Since, the JamMan only allows 32 Gig SD cards, you can’t just go to a bigger card. The workaround was to use a friend’s Windoze machine; do a better job of organizing the loops; and then use multiple SD Cards.