Thank, Ryan @dasgeek for your recent youtube video on Fedora 33 which you’ve been experimenting with for a few weeks on bare metal: 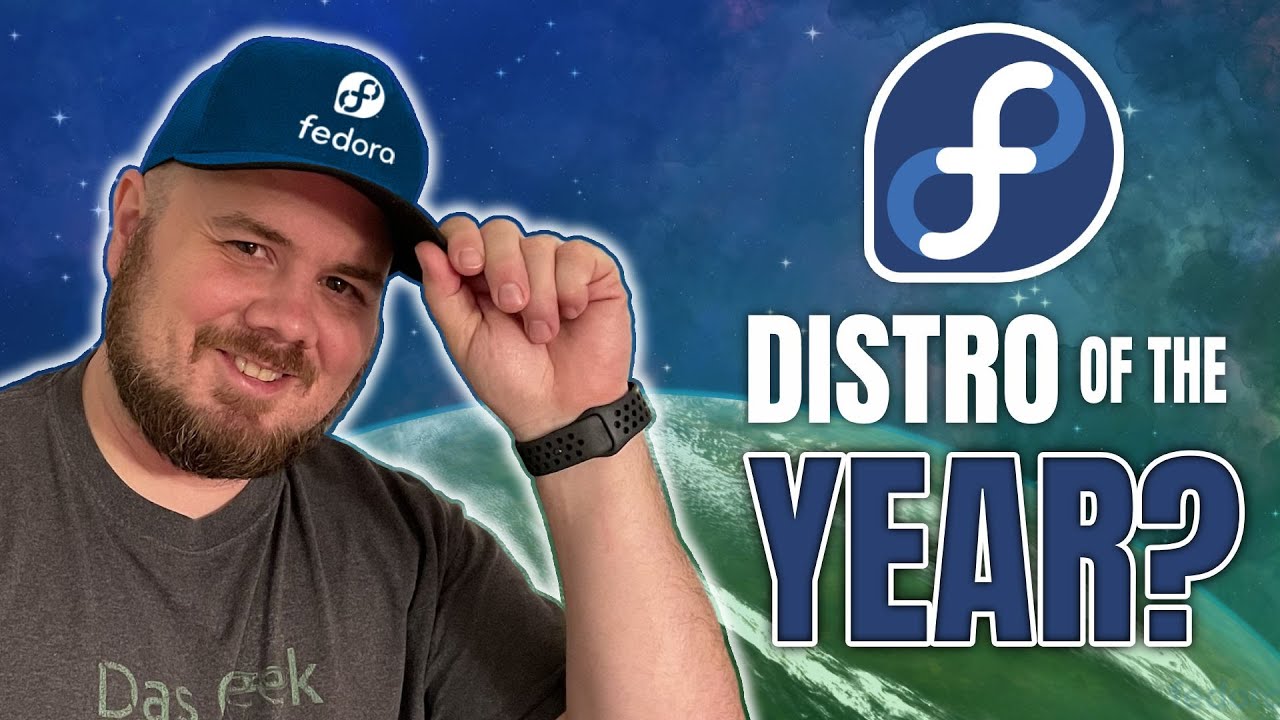 There are a few points here I thought were absolutely spot on, and I’m pretty excited about too:

For many, many years I’ve viewed Fedora as the go-to system for developers, but a bit too much hassle potentially for everyday use, so I’ve stuck with Debian. With this extra polish and the very up-to-date kernel / hardware enablement, I’m ready to try this on bare metal soon too

I’m also considering Manjaro Gnome for similar reasons, especially as it’s the flagship for PinebookPro. Thoughts on it compared to Fedora 33 also appreciated for those familiar with both!

Ok so I must say, in classic Linux community fashion, I don’t have the exact experience you are looking for.

I’ve used Fedora-type OSes for many years and used Arch-type OSes for just over six months. I am currently on openSUSE Tumbleweed after a month of Fedora 33 beta.

Arch’s GNOME experience is also very vanilla and I believe Manjaro’s GNOME can be made vanilla by cleanup-manjaro-gnome or something.

pacman is really speedy with plenty of options in the /etc/pacman.conf. I know Manjaro also has the GUI Pamac. I don’t like Pamac but I know others, with greater experience than I, do.

I believe the default settings in Manjaro installer are ext4. You can setup your own btrfs stuff but that is beyond the scope of a review. I agree that btrfs is probably going to be great for desktop computers.

I’m gonna say this about that. The AUR and Arch Wiki are two very very nice resources for Linux knowledge and applications. The AUR is a power user’s dream.

This all being said, I think Fedora is the way to go for a new user. Both Manjaro and Fedora don’t have near the polish which Ubuntu and Pop!_OS have. Both are developer friendly.

I hope this interjection, which really isn’t what you asked for, might help you.

Debian has been home for years and because I use VMs as my userspace I can “get away” with mainlining Debian Sid so I don’t have the old packages problem.

That said… i’m probably moving to Fedora. I’ve been circling Fedora 33 in VMs and they’re just doing so much right and well. There’s a place for Debian but i’ve been getting restless over a few pain points so in true Debian fashion, i’ll talk about moving for a long time, hold several committee votes, prolong the testing phase and transition with gratuitous levels of grace.

I’ve heard a lot of good things about Arch from experienced users, of course. I’d probably start looking deeper into its abilities to manage packages etc. after using Manjaro as an easier lead-in. Thanks - it’s useful because it’s quite possible that if I like Manjaro quite a lot, I’ll move more towards Arch as my experience grows.

I’ve been on Debian Stable for I think 7-8 years now and I love its stability. My only issue really, is because the kernel tends to be old, it might not support new hardware if I purchase it, and Sid has to be installed in a stepwise fashion via Stable->Testing->Unstable upgrades, as far as I’m aware, so even though it might support the latest hardware, you can’t boot from Debian initially to install it. Maybe I’m wrong on this?

Personally I just download the official Testing iso from the Debian website, install it, do an update/dist-upgrade (probably unnecessary), change /etc/apt/sources.list over to sid repos and do another update/dist-upgrade. It’s always worked perfect for me.

I was on stable for most of my time on Debian, did a bit of playing on Testing but found the perfect Debian solution (if you need newer apps and love VMs) was a Debian Stable host for working inside Debian Sid VMs.

Well if testing can be installed directly then that’s perfect. This is super-useful and suggests a good course for me would be to improve my understanding of Debian to make Sid workable for me and try taking it from there. I do believe Sid also has more software available for it than both Fedora and Manjaro/Arch, so best of both worlds

Still getting my head around some aspects of VM use, e.g. USB access inside a Gnome Box.

I’ve had a very pleasant experience with virt-manager though Cockpit’s very nice too from what I hear.

virt-manager’s a soft but constant learning curve and the GUI’s very informative.

The only weird part was in the beginning learning the difference between the connections QEMU/KVM and QEMU/KVM User session.

QEMU/KVM runs the VM as root and lets you do custom networking which you’ll need if you want to do direct networking with the host or have VMs communicate without leaving your machine for routing. QEMU/KVM User session just runs the VM under the user. Both get Internet access by default.

Also in the Video section of VM settings, switching to virtio tends to fix blank screens on startup for some distros.

Happy to help with questions if you go down that path.

I think there are also daily images from where you could install sid directly.

Personally I install a command line only stable and then change the sources to unstable, do a dist-upgrade and then pull my DE/WM and preferred packages. This way I can minimize bugs in GUI software and probably avoid a buggy RC installer from the daily images.

But I know you need a workable kernel so I would go with @Ulfnic’s suggestion.

As you can see the possibilities of Debian are endless and the install options are very flexible.

One thing I would like to add is that people like to switch Linux distros like their underwear but it can be very rewarding to learn the ins and outs of one’s preferred Linux distribution.

I used to use VirtualBox for compatibility with Windows in case I needed to move an image over for any reason, but I almost never use Windows now. I really would like to learn vms from scratch, as it were, because I think the technologies clearly aren’t just relevant on a small scale for trialling distros, for example. My initial inclination was to begin with virtualbox then work my way to more complex systems, but given how much better support on linux is for libvirt, I may well drop VirtualBox as a starting point. Let’s see. Will bear in my mind your kind offer as needs arise, with thanks

This is also a good idea to get a very basic cli going then work from there. Another option I hadn’t considered - thank you

Like yourself, I’ve been a dedicated user of Debian pretty-much exclusively now for 7-8 years. Don’t really have time or inclination to keep hopping distro and then having to setup my workflow tools over and over. Debian suits me down-to-the-ground for most things, so if I can stick with it, all the better

I agree about learning a system very thoroughly. I first tried that on my C64 when I was a little kid. Always missed that mastery-of-the-system feel, even when I moved to Amiga which was not as fully documented, at least not within my budget

At the moment I’m on a repeated attempt to work LFS and then BLFS but keep getting cold feet when it comes to manual configuration of the network, which is where I last stopped. Planning to resume some times soon, though, because it’s BLFS that will really get interesting for me, from a developer standpoint, which is what I am, at heart!

I’ve heard a lot of good about Pop, of course and have experience with XFCE and Plasma, both, but Plasma’s at the bottom of my list, generally, because I find it’s power-emphasising options/menus quickly overwhelm me and get int he way of what I need to do, simply.

I started with VirtualBox and it is definitely easier than virt-manager but not by a huge amount.

virt-manager is waaaay better though and it lets go as deep as you care to dig. Very rewarding experience where VirtualBox sort of “boxes” you in.

Allan Jude has kinda freaked me out about btrfs; there’s a whole lot of situations where your data isn’t recoverable or won’t boot. Comparing to ZFS of course. I know this isn’t just about that, but it seems to be a main point, and I know OpenSUSE has used it for years also.

Doesn’t make it feel any safer to me, it seems like it’s giving a false sense of data security possibly.

I guess a major change like the default file system could have such a significant impact, I would hope the risks would have been very carefully weighed-up. It reminds me a little of Debian 10 defaulting to Wayland. I personally was a little jittery about this but have found it almost flawless, thankfully. Let’s see what users report.

I guess it’s a topic for another thread, but things like one disk not being present in a btrfs mirror not allowing booting because the pool is degraded, is kinda missing the point of having a mirror.

Maybe Allan Jude and Jim Salter need to come and have a chat on the podcast one day; yes it’s probably more technical than usual, but might be interesting for some folks if they haven’t heard them elsewhere.

First, let me say, I love the Fedora love in this thread. I’ve been back on Fedora on my main home desktop since I believe Fedora 30. I don’t see myself moving from it. My son has set up our home server on Fedora as well, and that seems to be working well at the moment.

On a spare laptop and my spare work desktop (when I’m not using Win10 at work) I have MX running their Fluxbox edition. That machine is a little interesting since it is a mid tower, I decided to put two 1TB drives in it in a btrfs RAID 1 configuration that I’m testing as my home folder on that machine. So far so good. I don’t think I will be giving up on MX Fluxbox for a while either.

I am thinking of throwing Debian Sid on a crusty old laptop with Fluxbox and use it mostly as a learning tool to get a little deeper into Debian by running Debian proper, and running Sid just to see how solid it is. I ran Debian Sid with Fluxbox years ago for months without a single issue. It was great, but I haven’t tried that since 2006ish…

What great choices we have these days!

Always great to hear of setups performing beautifully, so thanks for sharing

Networking/servers are an area I know little about so it’s encouraging to also get feedback on server versions of stalwarts like Fedora. A few years ago it did seem to be losing popularity but I’m encouraged to see a marked increase in interest possibly now due to the improved polish in Gnome and the default option of Btrfs.

Running Fedora as a server brings SELinux as part of the learning curve. So far we have our home server running Syncthing, a python script that pulls down the bing.com picture of the day, and a webserver running a Python web app that displays the bing.com picture of the day. Also, my son set up a server install of VSCode so when he is at school stuck on a Chromebook, he can remote into the server and do some real coding. He also added Discord bots recently that he and his friends have been enjoying now that their schooling went virtual only. They use Discord to chat while they are playing euchre (yes the card game) online together.

We could definitely add more since it is a first or second generation i3 with 4GB of RAM.