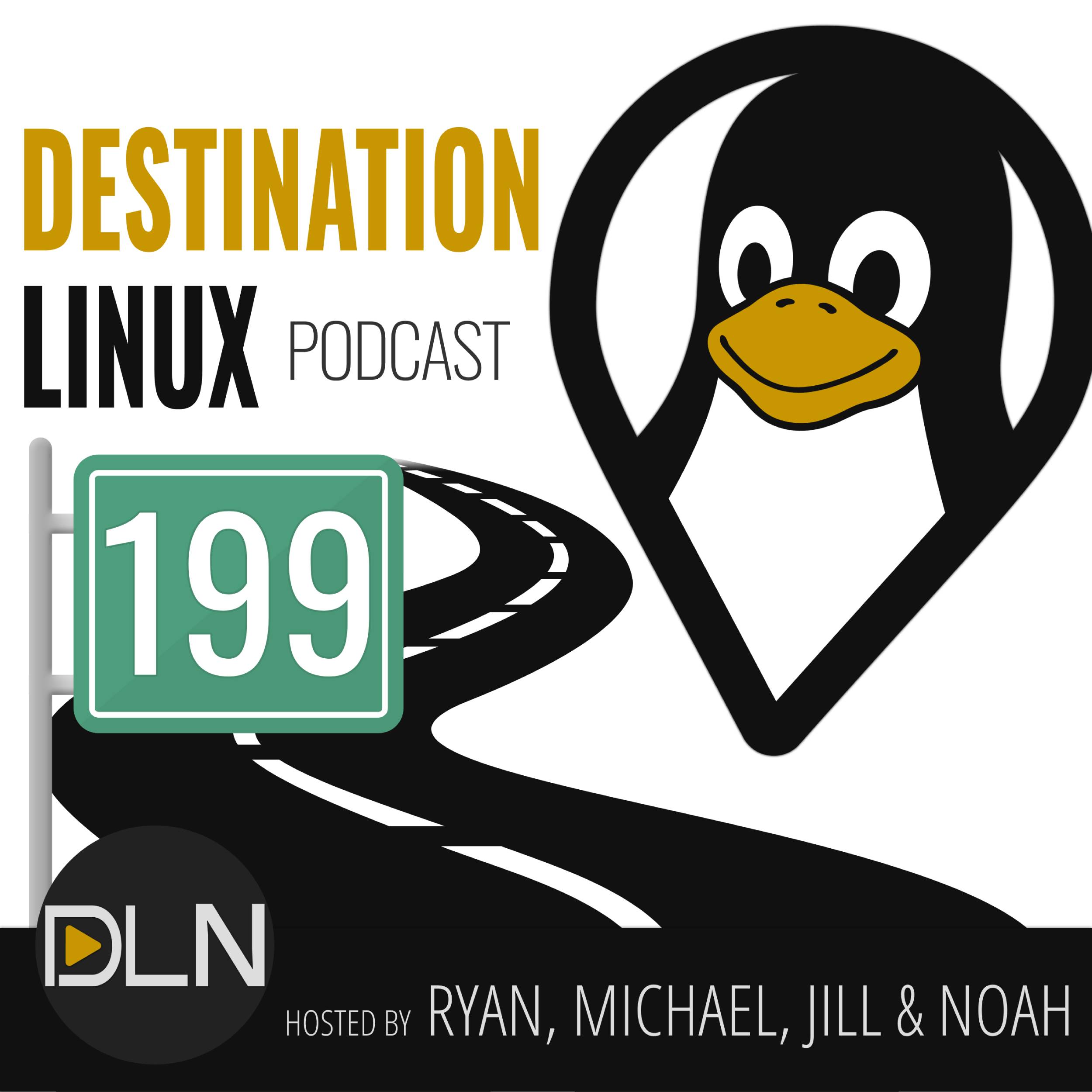 https://www.youtube.com/watch?v=6HTFR2Ots_4 On this week’s episode of Destination Linux, the Raspberry Pi Foundation released a new exciting Pi and an Nvidia entering the arena as well with their own Pi-like competitor. We've got some great news this... 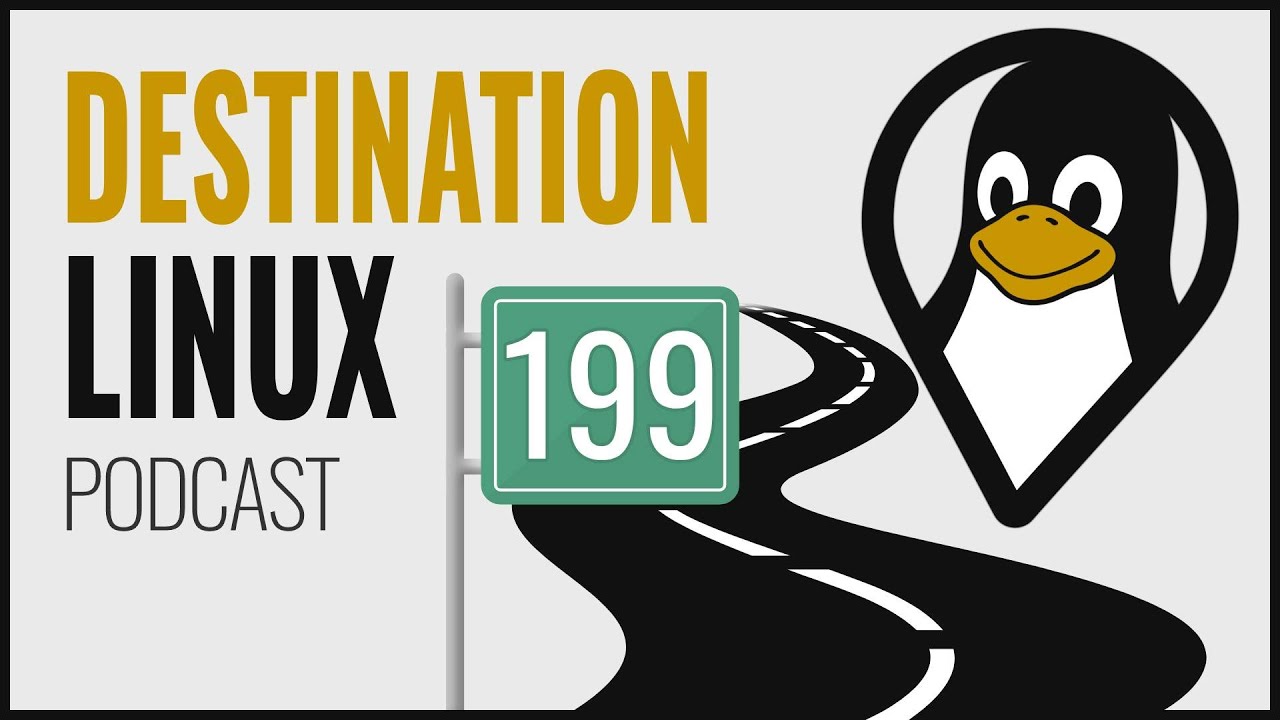 Coming episode 200 will be LIVE!

Be there to celebrate: Nov 15th, 1pm Eastern

DLM strikes again!! DLM hacked DLN replacing Noah with their mug. There’s no limits to how far they’ll go to sell the wrong merch but Michael was fast on the reverse hack of their AOL client (further proof DLM uses Windows). Thanks to the quick action the YouTube had the right image when it went up. I AM GETTING A TRANSMISSION …

@Ulfnic TeeHee! LOL Guess who has a pink DLN mug on the way?

Thanks everyone - very fun and informative show again

Until even a week ago I would have said when I can afford new hardware, PinebookPro is probably what I will buy. Having watched today’s show, I am likely to buy the NVIDIA board for experiments in machine learning next. My masters project was on neural networks, back in 1995, though I didn’t take up offers to continue with research in that field for PhD thereafter. Of course hardware support has accelerated the use of AI rapidly in today’s world. When I was an undergraduate the term AI was used more for rule-based learning, e.g. using Prolog (which was frankly never a favourite of mine).

The Raspberry Pi 400 has also overtaken the Pinebook Pro on my next buys list. I think it’s awesome, and @jill_linuxgirl, I still have my C64 and Amiga too (on which I learned to code in BASIC, 6502 assembler, Pascal and C), though I’m not sure they will run now, due to the power supplies being a bit flaky. Also their composite output may not work with modern televisions. I’m not sure. I certainly find LCD devices a lot easier on the eyes than CRTs used to be!

Looks like Episode 200 is going to be a big one! I probably will end up having to watch recordings though due to multiple family commitments, but I’m looking forward to it

Nice coverage of the Raspberry Pi 400 and Nvidia Jetson Nano. Just up my ally.

Thoughts:
The Raspberry Pi 400 is a great device. I’ve got mine (and yes, Manjaro does run on it, just needs updated wifi/bt firmware, which we are working on) and in my mind, the biggest improvement on this over the standard Raspberry Pi 4, is the SD card spring! That is something I have wanted for years, since I found out that all the Pine64 devices have that (except the phone). The keyboard has a nice feel to it, but sadly it’s not available in my preferred layout.

I also have a Jetson Nano 2 GB developer kit and it’s a great device if you just want to use the Ubuntu it is “shipped” with. But. I want to get Manjaro ARM working on it, but I have found no information about how to flash the uboot bootloader to it, except using their special scripts, which I am not gonna do. It needs to work with DD, else it’s worthless for distro maintainers.
I’m at the point, where I actually seriously consider just DD’ing the first couple of MB’s off the Ubuntu drive, onto my Manjaro test image. Just to see if that would actually work.

I’ve only recently started trying Manjaro in expectation of running it on PinebookPro when I get one. I’m definitely impressed with it for the minute - Gnome version, running in a vm.

@ak2020, awesome!!! So happy you still have your C64 and Amiga too! Fortunately there are convertors to run our old machines on newer monitors on Ebay and Amazon

I had to replace my C64 power supply not that long ago!
Thank you for sharing, your wonderful feedback, and being part of our DLN family!!

Thank you @Strit, and so happy you got a RasPi 400!!! Oh, nice! Awesome that it has a spring in its step! TeeHee!
Good luck with Manjaro on your Nano adventures. I feel the same about DD too

Thanks for that info, Jill - it’s my pleasure to be part of the DLN family. I think I was one of the first people on these boards

I’ll bear those points in mind. Who knows, I might dust my old-devices down and try to connect them. I wonder if the motors will hold-up on the cassette player and disk drives though. Hmm… Looking at them will definitely bring back memories though…

We should have a retro-gaming thread. My fave on the C64 was Elite. On Amiga… not sure, maybe also Elite

So, now that Nvidia is making those mini computers for learning, can we expect them to improve their drivers for Linux?

Would be nice, even if I won’t be able to use them as I’ve just bought new AMD graphics card.

Also fun fact. You can actually truly remove file under Linux. The shred command doesn’t remove reference to the file, but instead overrides space which file was taking with random data multiple times. Shredded files are extremely difficult to recover, even using professional software.

It should be noted, however, that shred may not be quite so effective on SSD’s.