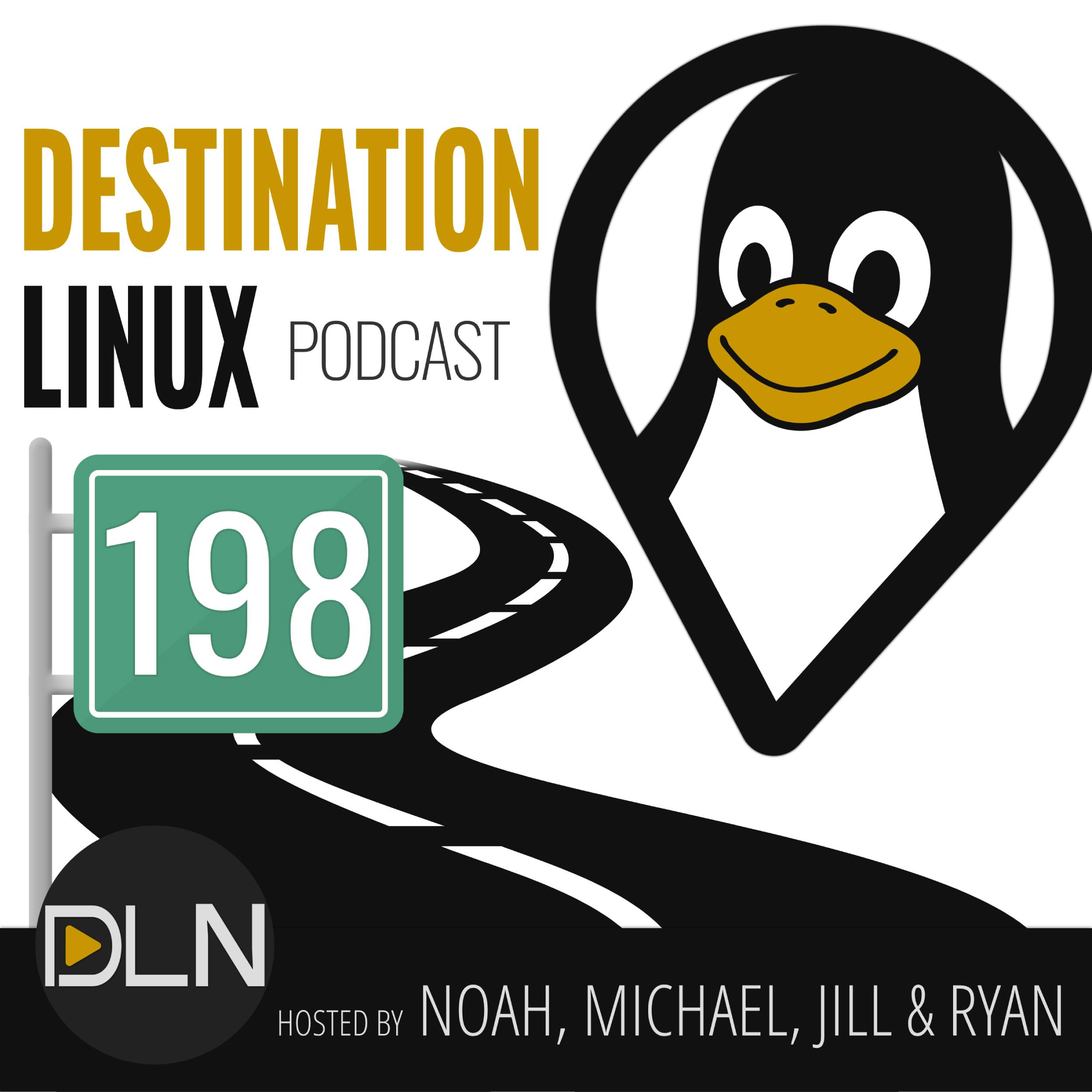 https://www.youtube.com/watch?v=REZ8Cn8gXAA This week we have an awesome interview with Neal Gompa, Fedora Contributor, about Fedora 33, BTRFS and his Journey into Linux. We also discuss that status of Accessiblity in Linux. Linux is Everywhere, even... 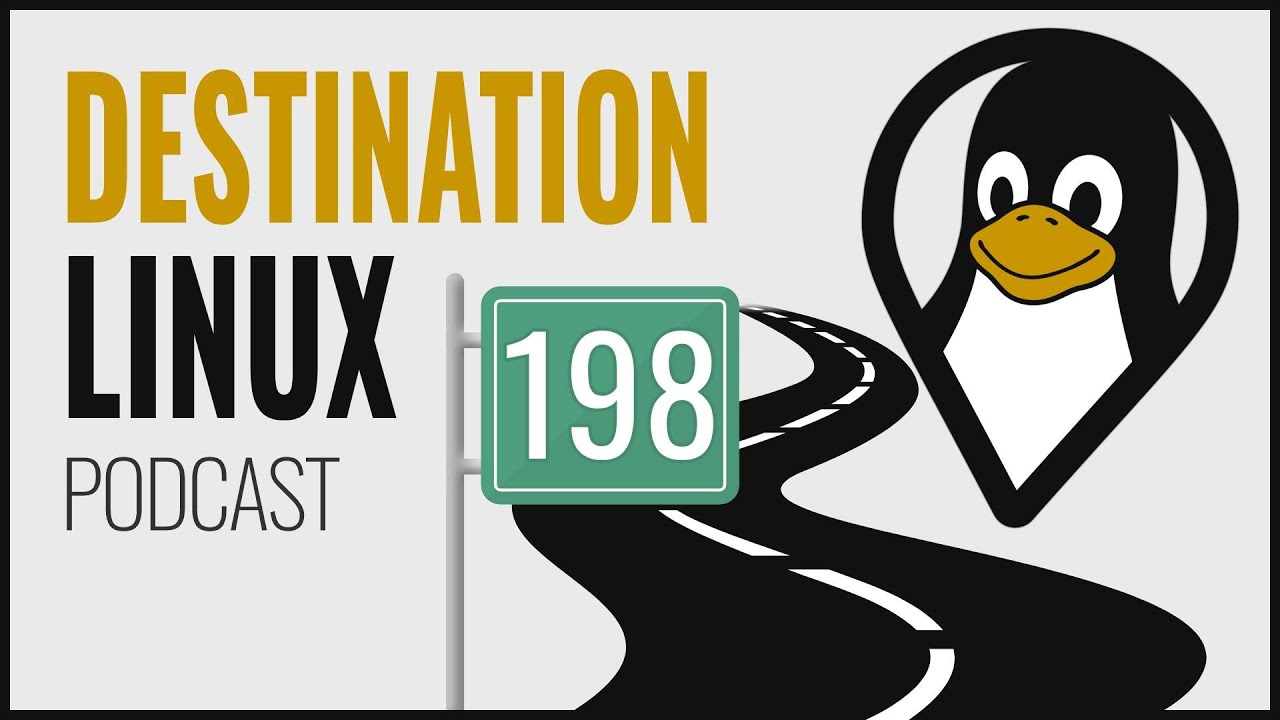 This might just be the Fedora 33 of DLN episodes.

Thanks everyone - yep, I’m very happy - and it’s not because of Facebook either

When you announce @jill_linuxgirl is now a regular of the team, I almost leapt out of my seat shouting “YES!” even though I was low on caffeine at the time! I am absolutely delighted. Perfect timing to catch-up on shows as a regular

Jill’s so quiet and modest and then suddenly delivers details such as her connections with the space programmes in real life. I thought your enthusiasm for space was because you were a Trekkie, Jill, but maybe it’s the other way around?!

Wonderful to see some key ideas from a Fedora perspective. I fully agree with having it preloaded being a great step forward. It’s only say, version 30+ I’d started feeling this was more than a developer-focussed distro - and I used versions of it going back to RedHat boxed editions, prior to Fedora Core 1. I have to say I’m happier with Fedora’s more vanilla approach to Gnome than Ubuntu’s Unity-style. Until this week I wasn’t aware Manjaro also has a Gnome release, which I’ve been trying in a vm and enjoying very-much too. I don’t have or use much new hardware, but for when I do, I’m evaluating Manjaro and Fedora both, as they’ll probably be a lot more suitable than Debian Stable which I currently use.

Another great episode. Really happy to see @jill_linuxgirl part of the team! Looking forward to see all four of you working together

Was enthralled by Neal’s interview. I found his enthusiasm infectious and when I get more proficient in Linux, will be looking at Fedora.

Great interview! In fact, it might have been the final push needed to jump from Pop!_OS to Fedora as I did that last night and it was painless. The hardest thing I had to do was install RPMFusion Nvidia, not that I game on here, but just because. Yes, I know it is proprietary drivers, one of the battles in my head. It wasn’t hard as in to do it, but just trying to embrace the Fedora philosophy on applications being libre/free opensource. The rest of my applications didn’t need the extended repos, so those were not enabled. Thank you!

This was a great interview, and congratulations to Jill! Great to have you on, love how much joy you have.

I am interested in one thing: there is a push for another non-profit, and a clear gap in the vision-impairment capabilities in Linux. What’s the best way to get started? I am not vision impaired, but do have time to work on some of this and want to start adding to projects and helping out if there’s a need.

Finally, an adult in the room. Thank you @jill_linuxgirl!

of Space and being a Trekkie happened at the same time!

Thank you @snorlax, and wonderful! Orca and eSpeak screen readers, Magnus screen magnifier, Universal access menu under Gnome are a few amazing projects for the visually challenged who are in need of contributors!!!

Nice to hear the news Jill!

And as always, Neal was very insightful.

Jill, I didn’t know that you are visually impaired. My day job is to set up computer systems for visually impaired and blind people, so I know software the likes of Zoomtext and JAWS.
And sadly, the open source/linux ones available are not even close to be as useful.
Screenreaders are probably close in general, with NVDA (Windows only) and Orca (Linux only), but Zoomtext alternatives are not.
I can’t think of a single application on Linux that does zooming, font smoothing and speech support. There are many that does zoom. But none of them have font smoothing and/or speech.

Neal’s enthusiasm is wonderful, and am so happy that his love of Fedora inspires you to start using it!

I love Fedora for it’s rock solid stability, and as a workstation OS to just get stuff done!!!

@Strit, thank you soooo much!

OMG, thank you for sharing! Had know idea that you helped setup software for low vision and no vision users! That is so awesome!!! So true, accessibility software on Linux is just not there

But maybe, we will get closer with people like yourself and @snorlax contributing!

I caught this episode an hour after it went live and i’ve just been speechless since then. @jill_linuxgirl I don’t know what DL did to be lucky enough to have you but this is a thing and i’m just really happy about it. Could not welcome you more.

Thank you so much @Ulfnic! Your kind words made my day

Thank you for being such an active member of our Destination Linux family!!!