Never trust proprietary systems, especially when they say “trust me.” 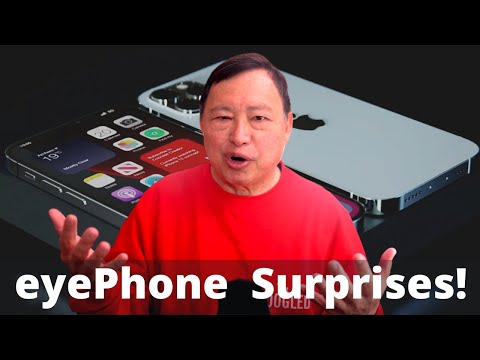 Just had a chance to watch it. That’s definitely a point of escalation.

Always some concerns when a competitor (whether or not a serious competitor) has opinions about a company.

The idea that there’s any real privacy from any of the major nations is kind of amusing.

So I think it’s important to understand what technology has what abilities, and it’s important to know how to live at your personal comfort level with regards to privacy. Each person has to do their own analysis and should make informed decisions about their privacy, and I fully believe you should be able to stop companies from tracking you at the level that they do.

At the same time it’s important to make fact based decsions, and recognize people that are selling fear. IMO this particular YouTuber is just selling fear, he’s selling a VPN service (one I’ve never heard of or seen rated by an outside party) he’s directly competing with Apple in the cell phone sales space, so he imediately suspect. (TBF I should also be suspect since I’m just some random froody dude on the internet, you shouldn’t trust me just because my name is Zaphod Beeblebrox

) I get that Apple is aboslutely collecting tons of data about people, but the idea that they’re doing it at a scale beyond others is not correct. As I said, Facebook has many more hooks into non-users, they know what you look like, and where you are, and who your friends are and how many kids you have, even if you don’t have an account with them. Also Facebook knows what your kids look like. (Thanks Grandma!!)

Full disclosure: I am an iPhone user and I fully believe that Zuck is a Lizard person sent to hasten the extinction of the human race. (ok…not “fully”, just mostly)

It reminds me of this video. 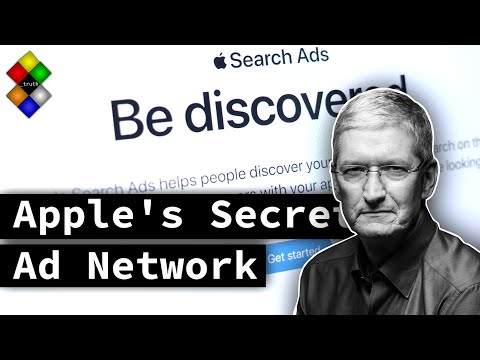 You challenged me and you’re right, it’s surprising how easily I forget the state of affairs. This was happening already and a good example is in-store analytics which read for customer MACs associated with their bluetooth/wifi beacons and connectable to identities at checkout. Customers becoming the beacon scanners is a decent paradigm shift though.

BUT… like you said everyone has a cellphone anyway and even if someone goes through the prohibitive process of getting an anonymous phone their geolocation habits (as tracked by towers) give it away anyway because we all go home at night.

As a test I Googled “slave network” and the results were almost exclusively tech related. I think he was using the more common meaning which is a device that controls one or more devices. In this case Apple’s networks controlling customer phones for purposes not necessarily related to their owner.

This reminded me of a chat I was having yesterday where someone said, “in other terms, using this method you cannot silently kill a child.”. Outside of context it would definitely be an alarming thing to say.

GIANT Logical leap between BLE and iPhones are the most sophisticated spy machines ever made. With no evidence that what he’s suggesting is happening, or is even likely to happen. Again, where’s the money in this for Apple? They care much more about getting you to buy things than who’s bed you slept in or what regieme toppling journalist you’re talking to.

I didn’t find this video hyperbolic and yet I think you’re right again.

My perspective when I watch this kind of content is gauging things against potential for turnkey-tyranny and not what they’re actually doing right now. From a perspective of turnkey-tyranny I think it’s reasonable to call iPhones the ultimate spy device but in the here-and-now it’s mostly hyperbole and doing that kind of future guessing definitely has it’s perils including crying wolf so it’s very worth considering.

As a test I Googled “slave network” and the results were almost exclusively tech related. I think he was using the more common meaning which is a device that controls one or more devices. In this case Apple’s networks controlling customer phones for purposes not necessarily related to their owner.

This is a fair point, master/slave is a pretty common term, i generally use parent/child or controller/worker.

My biggest issue is with the framing of the video. It comes across as Apple being an evil villain corporation who’s out to take over the world.

Now I’m not saying Apple isn’t an evil villain corporation, just that they’re not the only one.

Nothing he demonstrated is exclusive to Apple. Android devices do exactly the same kinds of data collection and have the same or similar features.

I fully believe he’s wildly overplaying the perils of BLE and it’s not to get people thinking, but rather, it’s to scare people and then sell them something to placate that fear.

Again, I’m not arguing that Apple has the consumers best interests in mind, or that they’re not a giant money hungry corporation. I’m just arguing that selling fear isn’t a healthy way to have a good conversation on the very real privacy risks in the world today.

See the EARN IT act the US is currently trying to shove through congress.