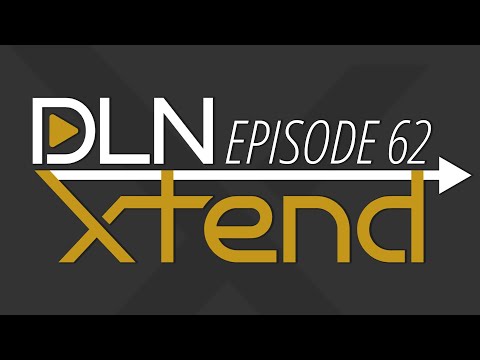 On this episode of DLN Xtend we discuss when tech enthusiasm can become a problem.

Welcome to episode 62 of DLN Xtend. DLN Xtend is a community powered podcast. We take conversations from the DLN Community from places like the DLN Discourse Forums, Telegram group, Discord server and more. We also take topics from other shows around the network to give our takes.

I have to admit I’m also in the “has a backup phone” crowd, and simply couldn’t go back to having only one phone. I bought a Nokia 1.3 a while ago, because LineageOS 17.1 had some issues on my Galaxy S5. I’ve since switched back, because 18.1 works perfectly, and I just love that old phone

. I still have everything set up on the Nokia, so if something stupid were to happen, I could move my sim card across (or in the worst case scenario order a new one from my provider), and be back up and running without having to set up a bunch of stuff again.

I do the same with computers, I have two laptops with all of my stuff set up, even though I do most of everything on my desktop.

There is nothing like the security of backup devices! One thing I don’t have a backup of is my audio interface. From left to right; My Surge Protector; the Ryzen Desktop; The Pentium 4 Backup Server.

Those SCSI HDDs have at least twice the speed of the others, so I might use them as a cache (L2ARC) for the slower disks or I could go the easy and boring way by buying a DOP2500 ($45) SSD of 120GB.

I love how you have this stuff still working! What virtual machines are you running?

My 5 main Virtual Machines are somewhat one sided: Screenshot from Nov 2020; Ubuntu 21.04 Dev.Ed. used to keep an eye on Virt-Manager/KVM developments.

I’m a collector so I have all Ubuntu LTS releases from 4.10; 6.06 to 20.04 and all Windows releases from 1.04 to 10, including the NT releases from the 90-thies. Probably I have to forget about upgrading to Windows 11 looking at the current Microsoft arrogance.

Mostly I only keep the most recent version of a distro or flavor, but sometimes if I really used it myself for some time or if I installed it for family members on their hardware, I keep more versions of that distro or flavor.

I once had Windows xp, Suse and Ubuntu running on vms with Mepis as the host. This was a 32 bit laptop with 4 GB RAM which was a lot back then I gave them 1 GB each. I had them each running on one side of a compiz fusion cube (I thing that what it was called) and rotated it for a different experience. It was just a bit of fun, not so impressive these days.

Great episode. When does tech hoarding become a problem? When it crosses a dotted line into “obsession”. If one’s behaviour could be identified by close family and friends as “obsessive”, that’s where personal relationships are almost certainly going to suffer.

Can one maintain emotional availability to all the important people in one’s life? Can one’s hobby be neatly packed away in a closet, or closed away in cabinet, behind a curtain, in a backpack, briefcase, etc, such that when “normie” people come in the room, they don’t get “wierded out” by a frightening mess? At least be able to close the door to a messy room, and don’t let “normies” in there! Sequester it, I say.

BTW: I personally have several spare gadgets, but I only keep one layer of backup, not several. Once I have multiple backups of some sort of hardware, then I’ll give the others away. Recently, for example, I had too many mice (I had a Logitech mouse fetish, it seems), and I gave away all spares except one.

I have a one backup Android phone (with no SIM card), BTW, where I have virtually no personal data on it, and I install the scummier commercial apps which I need to occasionally use, like Zoom, or Skype. This “partitioning” of apps between two phones is intentional, to try to keep my personal data a little more private.

I have a one backup Android phone (with no SIM card), BTW, where I have virtually no personal data on it, and I install the scummier commercial apps which I need to occasionally use, like Zoom, or Skype. This “partitioning” of apps between two phones is intentional, to try to keep my personal data a little more private.

That is an interesting approach.