265: Is Linux Ready To Dominate The Desktop? 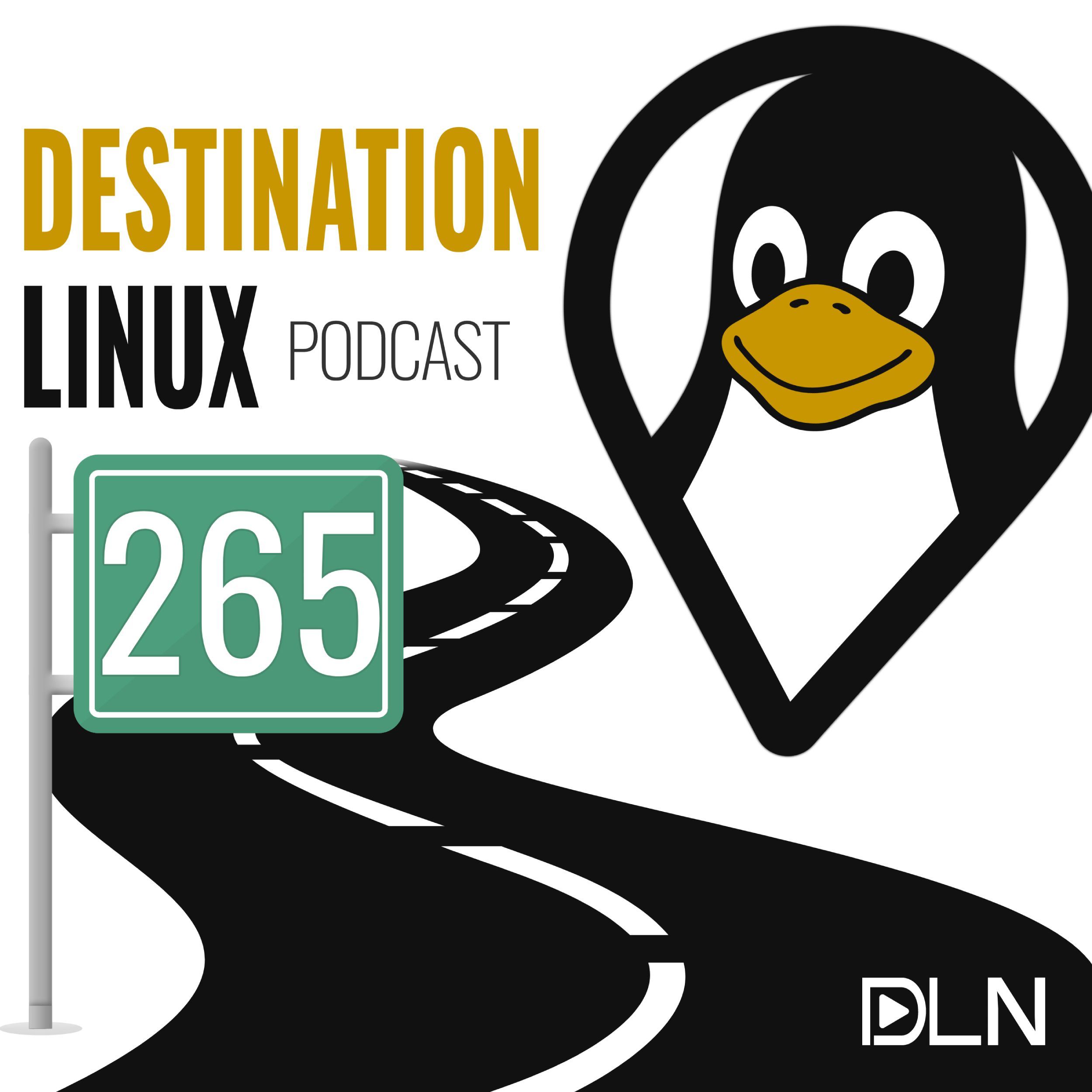 265: Is Linux Ready To Dominate The Desktop? - Destination Linux

https://youtu.be/25OBS-wQJ5k This week’s episode of Destination Linux, we’re going to dive into the topic: Linux IS Ready to dominate the desktop! Then we’re going to chat about Mozilla’s new partnership with Meta AKA Facebook. Plus we've also got... 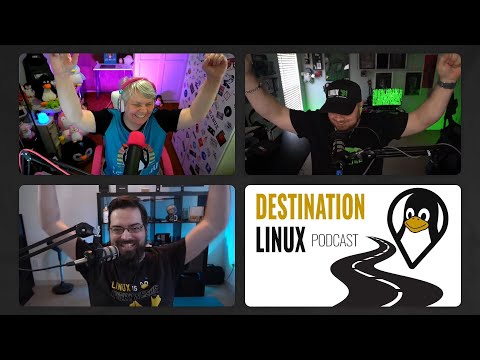 Once again you guys hit it on the head…why hand out a distro that pretends to be windows. Go with distros that are unabashedly and unashamedly linux.

Thanks for your thoughts on XMPP. I see XMPP as a framework, not a solution. XMPP is useless until you very painstakingly build a solution out of the framework that it is. XMPP is for developers to bake into an actual solution, and is not a usable product for end users.

Whatever high-level service you build on top of XMPP, is what has a chance of being likeable.

True, but from what i can see around me, when i try to convince people to switch over is that it’s best to have a distro that mimics the os they’ve been used to. There’s not a lot of people around me that want something new. They’ve been using windows for ever and the ease of use that came with phones doesn’t help either.
When you have something that closely resembles what they have been using, that’s when they can gradually move away.
Change often provokes resistance. And we want as little as possible, when we want to switch somebody to Linux.

the trouble is the win imitators are almost always just skin deep, which leads to frustration when something that looks like windows doesn’t act like windows.

Indeed, i understand what you’re saying and i fully agree.
From what i’m seeing in my surroundings is that if you’re going to be succesfull in switching windows/mac users over to Linux, you will need something that somewhat mimics what they’ve been used to.

I don’t see anybody with a windows past switching over to Arch, or Fedora just like that. It just won’t happen. If you can give them (like mint does) a desktop for instance, that has the same structure like they used to have, it’s likely to raise less resistance.
Ofcourse it’ll be Linux, but it’s the transition that will have to be a smooth as possible. Most people i know don’t care about file formats, update managers, ppa’s or anything like that. (That’s reserved for either us, or when the new user really gets into Linux)
They just want “it to work”.
I’m even seeing people having trouble with a standard Ubuntu/Gnome desktop. Because the windows environment they’re used to, didn’t have that “weird menu popping up”. (literally heard this).

Linux doesn’t need trickery, you’re right about that. But what it does need right now, is as less friction as possible for new users, if it wants them to be brought in.

I have always been fascinated by computers and everything that goes with them. My first real hands on was with Windows 3.1 was ran on top of DOS. I was meh on Windows but I loved DOS. I loved DOS programs like the original Lotus 123, XTree Gold. I like working with DOS, adjusting things modifying the terminal and writing .bat files and so on. But It wasn’t long before I was locked into the Windows ecosystem all the way up to Windows 7. I broke away from Windows mainly due to philosophic differences which I won’t go into here because I don’t want to go into a rant. At first I messed around with with OS’s I bought in a box from a computer store or came on a magazine cover. I finally broke away from windows in my personal life with Linux Mint 17.3 and have not looked back and have stuck with that up till version 20.2.
A while back I had installed Arco Linux on a secondary laptop and fell in love. Pacman is awesome especially when compared to apt. Messing around in the command line takes me back to my DOS days and I love that.
Lately I had the misfortune to spill my soft drink all over the keyboard of my main laptop. I had to put that one on the self for awhile. I decided to run Arco on my new main laptop. Wow that just did not work. Install after install thing were broken or software I did not want was install. I was going the Xfce desktop but a couple of times KDE was installed instead. In Xfce the panel would not appear on the screen. To I tried Manjaro and while Manjaro did work I just didn’t like it. There were some problems with that too. I finally had to throw in the towel and gone back to Linux Mint 20.3 although I did switch to the Xfce desktop. I am not a noob though I am not an expert either. There is a lot I don’t know but I do know how to find answers and figure things out. But I do obviously have limits or I would be writing this on an Arco machine.
So is Linux ready for the desktop? I would have to say meh. I rebuild old laptops and give them to people that can’t afford a Windows or just to want to spend that much money. Most of the people that I have done this for have been getting on very well with Linux Mint Cinnamon edition. I have had to do very limited support. People have just been able to get on.
The big problem with switching to Linux is still software. The need for Microsoft Publisher had keep me on Windows years longer than I wanted to be there. The need for compatibility with MS Office products is very real though I must say Libre Office can be set up to be very compatible but there are still areas where it is not necessarily easy to do. To this day I would like to find a Linux native program that can do what MS Publisher can do as easily as Publisher can do it. Most Linux programs seemed to be geared to expert users and not simple enough for an average person to pick up easily. If I want to make a newsletter for a church or other organization I don’t really want to become an expert in Word or the field of desktop publishing. I just want to layout columns of text that can be linked together and insert graphics. If you know of a Linux program that can do what Publisher does I would really love to hear about
Sorry this got so long. I am still frustrated with my Arco experience. I would also love to find a good Xtree gold replacement.

Hello and welcome! Thank you for that introduction. I feel your pain and know where you come from. I’ve dabbled with several distro’s too before landing on Mint. And never looked back actually. Oh some machines have another distro, true, but the main machines run Mint. I don’t know what publisher does, so i couldn’t recommend a linux alternative, but maybe there are others in the community here that do know… Glad to have you here!

Welcome to the Forum! Thanks for joining!

I have a few comments for you, first off all to answer your question about Publisher. There is an alternative to Publisher on Linux called Scribus. I am not sure how good it compares as I do not have experience with either.

As for Linux distro experience, I have a couple of comments for you.

Once again you guys hit it on the head…why hand out a distro that pretends to be windows. Go with distros that are unabashedly and unashamedly linux.

I kind of feel that some distros should try to offer the Windows paradigm feel but they need to go all in on that if they do it. I agree with your follow up comment though half steps are worse than completely creating a different paradigm.

Links to Michael’s reaction videos to Linus Tech Tips Linux Challenge didn’t make it into the show notes. Just thought they would be good to have linked here.

Thank you very much! I did forget to put those in the show notes.

I’ve been learning Scribus of late. From the descriptions you’ve given, it’s easily capable of that and a lot more. There are even free tutorials on YouTube that can get you started straight away. It can be used to publish everything from brochures or flyers to complete books, as far as I understand it. All the best with your Linux journey!

Thanks, everyone - another fun episode. I also agree that the Linux Desktop experience is generally very well-polished now, on par with Windows / Mac or (call me biased) better. I don’t think it’s technical merit in the path of domination, but habit. And vendor tie-ins. If somebody absolutely has to have MS Office or Adobe Photoshop or whatever else, that normally runs on Windows, is Linux really going to provide them so much added value that they’d switch over and still need a VM for their Windows app? I doubt it. For pretty-much everyone else, I agree with @jill_linuxgirl , Linux is more than fine!

I now only use Windows very minimally, for Kindle (and about 95% of my books also work on the Kindle reader in a browser from Linux anyway - I have hundreds!) and for MS Office - when work absolutely requires it. Otherwise I find for compatibility reasons, if I’m doing some kind of online coding test etc, I’ll fire it up on Windows, just because that’s the default expected and less likely to cause problems when timing is an issue. To my mind, in the IT industry, Windows is still a requirement from time to time, though almost all of my time I use Linux, even if it’s in a VM on Windows!

What about Pacman do you like?
I really love the little c that races across the screen eating little o’s. It’s just a lot of fun.

my preference is DNF these days, have you tried that one?
Actually I have never heard of it. Something new to try out.

Have you tried Fedora?
Not since it was called Red Hat. Not that I have anything against it, I just have not gone there.

I love playing with Linux, trying different distros, desktop environments and have been doing that for years. Lately I have been diving deeper and trying to learn more. Mostly I have been a dabbler.

I have tried Scribus many years ago. But it has a much steeper learning curve to it and since I had to show other people (not so computer literate) how to do the work…Publisher was just easier. I think Publisher is the easiest desktop publishing software to learn.

I tried Scribus many years ago and it was hard, especially when compared to Publisher. I also had the constraint of teaching others. People who were very Windows based and not very computer savvy. I don’t do much desktop publishing these days and lately my interests have been going in a different direction. But thanks for the tip. Maybe I’ll give it another go. Now when I need to do some of that kind of work I use Libreoffice Draw.

Scribus is not intuitive to get started, in the way that Publisher is, but it’s not hugely difficult for basics either once you’ve seen a YouTube tutorial, I think. Glad LibreOffice Draw has been working-out for you in the meantime too!