https://youtu.be/Eg6juqh8GhU This week’s episode of Destination Linux, we are going to take a look at Fedora 35 now that it's out. All of our hosts have been playing with this distro and it's time to share our thoughts. Then we're going to discuss a... 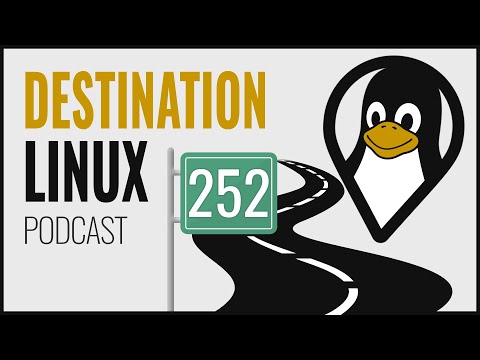 Thanks, everyone! Great reviews of Fedora 35, in its various guises. I am tempted to try the immutable versions but notice about the Plasma-based one from the official website “Fedora Kinoite is considered stable since its first release as part of Fedora 35. However it is not complete and there are still some features missing to make using it a great user experience.” so I’m tempted to leave-off trying this for now. I am using the “vanilla” Fedora 35 in a VM and find it very impressive; I have both Gnome and Plasma installed without any problems.

I’ve never tried Pop!_OS (and always forget how to spell it) but having heard so many good things about System76, look forward to their DE work, especially if it’s coded in Rust, which I believe to be the most promising systems language of the future.

I have been concerned about Qt licensing for some time now, and also worried about Gtk, in particular further changes in Gtk 4. Apparently what’s being provided by the libraries suits Gnome but might not include things usually expected in more traditional DEs (like menu bars?) This does sound like a dangerous direction to head in, especially if other tools are built on top of Gtk (I am thinking of WxWidgets, for example and Java’s OpenFX, I believe). I wonder what will be done about this in the new Cosmic desktop environment?