https://youtu.be/SO_TMmS154M This week’s episode of Destination Linux, we're going to discuss the Linux Challenge that the hosts of the WAN Show from Linus Tech Tips are doing. We'll give our thoughts on this news and offer a helping hand to the WAN... 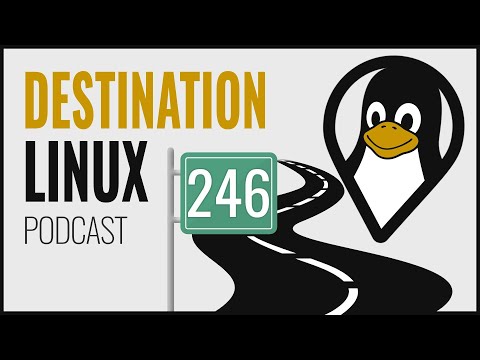 Yes, there is some work involved to get Microsoft and Gmail to accept your email but after that, these self hosted services require minimal maintenance.

I’ll second that. Especially when compared to running (and maintaining) Exchange Servers for mail - linux mail servers are great…

I hope they don’t have issues and tell the world that windows is better. Hopefully Anthony will stop this happening.

I was a bit disappointed that openSUSE wasn’t on his list of distributions to try and I wasn’t real tickled about his poopooing on Fedora but that’s all good. I am just glad he is doing this and maybe after the NEXT steam survey, Linux will bump up to 2%.

That could even be the criticle mass point?

I think I missed that part. Good to know.

I’m worried about this LTT challenge. If it goes wrong for Linus and he has a hissy fit it could cause a lot of damage to Linux. A lot of windows users considering trying Linux for the first time will be watching closely. I still havent got over Louis Rossman’s comments on Linux, a real ‘expert’ who tried it 6 years ago. I have a lot of respect for him but those comments were apalling. These influencers can have a real bad influence when they choose to

Thanks, everyone - I’m still behind but catching up! Hope that Linux challenge goes well. I agree the new Steam hardware could help popularise Linux further. I’ve only just revived my machine which I run VMs in so still updating earlier versions such as Fedora 33->34. I do hope 35 beta-testing goes well too. Fedora has been extremely impressive for at least a couple of years now, it seems to me.

Also Windows malware, be it WSL or otherwise, never really surprises me. I’m still waiting to be able to afford a new, powerful Linux machine so that I can isolate Windows to a VM if I absolutely need it. Unfortunately these days I still do; almost exclusively for Kindle and occasionally for Office365