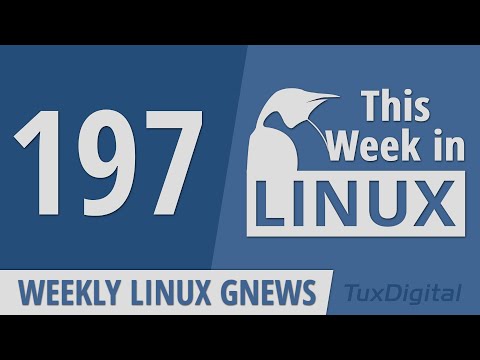 Another great episode! I made this piece of fanart while watching today. Thanks for keeping up the good work! If there weren’t tuxdigitalnetwork we would probably be watching something like this: Thanks @MichaelTunnell - wow, I didn’t know you had a viral video about Unity? I will enjoy that, for sure. Co-incidence the Unity, Trinity, Christian version of Ubuntu - all in the same episode as Open Media Vault codenamed Shaitan which is Arabic for satan? - Balanced journalism lol

More seriously though, I long wondered about parental controls in Linux some years ago, so looks like the Christian edition has easy access to filtering software which sounds very useful indeed.

I was quite fascinated by gcc and Minix all the way before Linux was launched when I was studying compiler technologies and operating systems at university. In those days I think gcc was Richard Stallman’s implementation of the C compiler with which Linux was initially built? Now it stands for the Gnu Compiler collection because it’s a front-end to compilers for a number of languages, I think. Recently I was surprised to learn that the C compiler is now coded in C++ rather than C. I think the novelty of compilers / interpreters written in the language they’re compiling / interpreting seems to have worn off, though it always fascinated me and still does

Open Media Vault codenamed Shaitan which is Arabic for satan Yup, made me laugh!